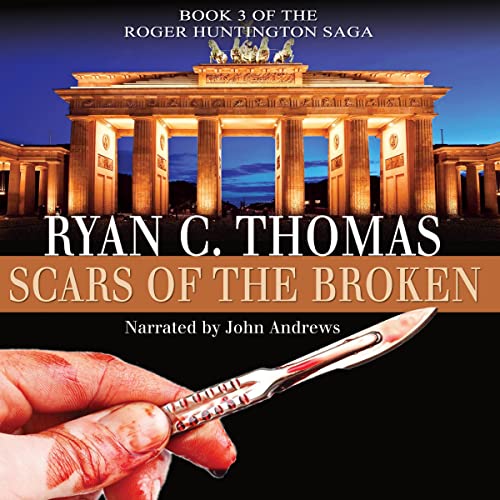 Scars of the Broken

Roger Huntington has made his way to Berlin, where he is on the hunt for a notorious serial killer who’s eluded capture for years. With the help of some new friends and the element of surprise on his side (for once), Roger just might be able to save the day before anything goes wrong.

But that wouldn’t be Roger’s life now, would it?

Turns out his new friends might not be who they say they are, the killer may be onto him, and the benefactor who brought him to Berlin could be hiding deadly secrets that will get everybody killed...unless Roger can figure out what the hell’s going on before it’s too late.

What listeners say about Scars of the Broken