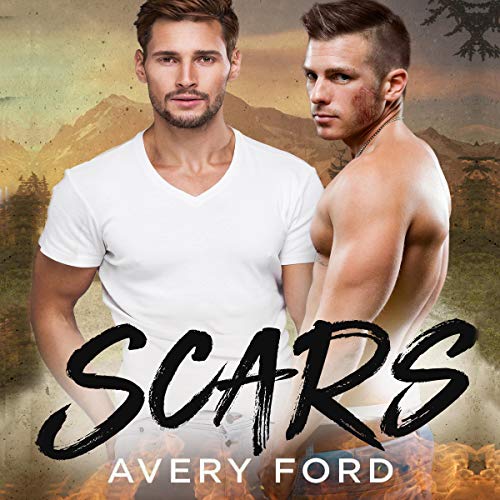 Caleb always knew that his work was dangerous. For years, he'd thrived on the adrenaline rush, the danger thrumming under his skin and the tangible efforts of his labor a secondary reward when the flames flickered away to nothing. He was able to save a building or save a life. He'd thought that the Johnson City Fire Station 10 was his home...until he got caught in a building with no way out.

Henry wasn't always shy and meek. As a child, he'd always been buoyant and vivacious; in university, he was the life of the party. And then, he met Pritchard, and before he knew it, he was skipping classes, flunking out, and isolating himself from his friends and family on the threat of Pritchard's fists. Finally, finding the courage to leave him was the best thing that Henry's ever done for himself - and also the hardest.

Caleb and Henry are both trying to put their lives back together, both scarred in different and lingering ways. Henry's bruises might have healed, but Pritchard's fists had left their mark on his soul. And Caleb's body is still healing from the burns and broken bones he'd suffered in that burning house.

Neither of them are looking for love. Neither of them want someone to look beyond the surface. A quick jolt of pleasure is all they need before going their separate ways again...right?

It's a while since I read this, and I remember it being a pretty decent story. It involves two MCS who have been hurt deeply physically and emotionally by their pasts.

The MCs experience lots of ups and downs. Their problems seem unsurmountable, but all is overcome and they fortunately get a happy ending...good read and listen. Definitely recommended. The narrator does a good job in bringing the two MCs to life.

This was a nice read, with characters interesting and a slow burn when it comes to acknowledging feelings (not when it's about having sex, though :P ).

There are some really touching scenes, and I really liked Henry. Caleb, OTOH, is harder to like, as he acts like an idiot a lot of times, although it's also easy to understand from where is he coming.

I liked how we see Henry growing into a secure, self-assured man, and I truly enjoyed the way the story ended.

Now, Henry's mom? I'm not sure if her change of heart is believable, but then, that's maybe only me :P

And, as a side note? Shees! I'd HATE to live in that town!

Jay Martin did a great job with the narration.