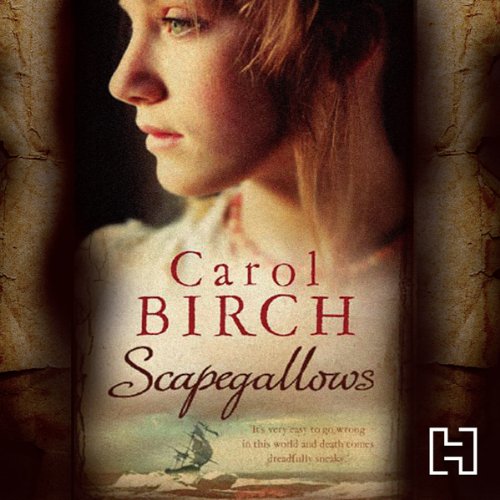 New South Wales, 1817. Margaret Catchpole is stranded at a settler's homestead as the floodwater draws in, and she finds herself facing death - as she has several times before. She looks back over her life - the complex and stormy partnership with Will Laud, a 'hell-born-babe', that led her into the world of smuggling and in to a double life. After Will is forced to flee the country, Margaret is taken on as a nursemaid by the wealthy Cobbold family, but a crime against them means she is tried and sentenced to hang. She avoids death but when an elaborate gaol escape fails, Will is shot dead and Margaret captured. Sentenced once more to hang, she looks death full in the face. But she doesn't die.

Her sentence is transmuted to transportation for life to Australia. The novel explores a deeply divided society. Ironically, by reaching the lowest depths and being cast out by the society which spawned her, Margaret finds her true role as an independent pioneer in a young colony.

What listeners say about Scapegallows

Painfully slow - Not a book about Australia

I was looking for a historical fiction set in Australia, which I thought this book would be. It starts out in Australia, gets exciting, and then abruptly, becomes a very lengthy, detailed life story of the main character. I made it to chapter 77 out of 87 chapters, and she's still not in Australia. I can't take it any more. I'm returning it. The only thing that kept me listening this long is the performer. It's a lovely story, but in excruciating detail. It's nearly a day by day account of her entire life...and other than one chapter so far, all of the 77 chapters I've listened to are set in England. And she's still there.

Have you listened to any of Anna Bentinck’s other performances before? How does this one compare?

No, but she's absolutely fabulous. Her performance is the only thing that kept me hanging in for so long.

The main character makes stupid decision after stupid decision because of a love for a man who never asks her to marry him and she never expects him to. That's enormously frustrating to listen to, too.