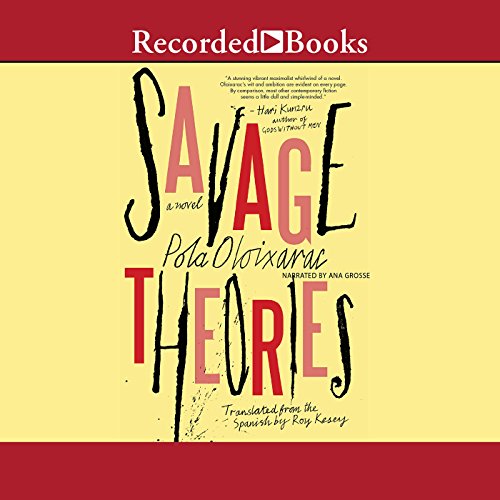 A novel of seduction and madness, hate and love, set in the world of Argentinean academia and animated by the spirits of Wittgenstein, Rousseau, Nabokov, and Bolano.

A student at the Buenos Aires School of Philosophy attempts to put her life (academically and romantically) in the service of a professor whose nearly forgotten theories of violence she plans to popularize and radicalize - against his wishes. Meanwhile a young couple - a documentary filmmaker and a blogger - engage in a series of cerebral and sexual misadventures. In a novel crammed with philosophy, group sex, revolutionary politics, and a fighting fish named Yorick, Oloixarac leads her characters and the listener through dazzling and digressive intellectual byways to an Internet hack that confronts us with a catalog of historical violence, devastation, and atrocity throughout the centuries. Spellbinding, strange, groundbreaking, and already translated into several languages, Savage Theories is the debut of a major new voice on the world stage.

What listeners say about Savage Theories