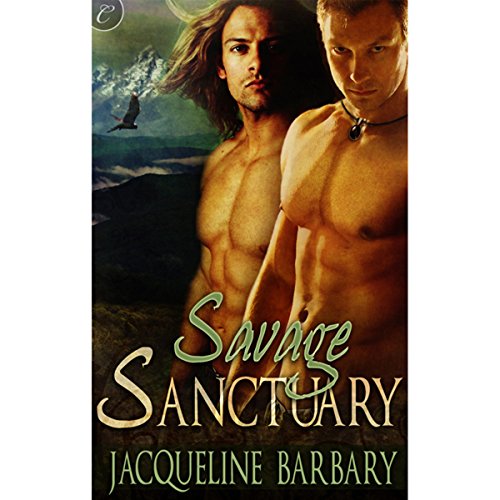 Sexy bad boy shapeshifter Michael O'Dare grew up on the streets. When government soldiers finally captured and imprisoned him, he became a lab rat and a collared slave, never again allowed to be human. His escape allowed him to return to human form and head for freedom in the Western Territories.

Robert Hamilton-Scott had lived by the code: You're careful, or you're caught for too long to take chances now. The one risk he takes in his carefully controlled life is offering temporary shelter to shifters on the run like Michael.

Robert knows it's definitely not safe to want the sexy renegade he's giving sanctuary to—passion is dangerous for a shapeshifter. As the soldiers close in he must choose between the careful life he's built or life on the run with the man who has captured his heart.

“Jacqueline Barbary's latest is a shifter thrill ride…. Barbarry's m/m passion sizzles but it's her intricate shifter lore that makes this story such fun. With solid worldbuilding details, excellent bouts of action and suspense and a surprise at the conclusion, readers will be begging for a sequel." ( RT Book Reviews)

What listeners say about Savage Sanctuary

A perfect union that will shape their world

I like that there's a backstory to the Shapeshifter story. It's not only that they are being hunted but they are being captured and experimented. There's a frontier, a rebellion for Shapeshifting rights among humans.

What other book might you compare Savage Sanctuary to, and why?

I can only compare it to A Howl to the Moon by Nathan Squiers. Only because it is the only Shape-shifting gay fiction I've heard. However this one is doubly as great and has more substance.

Which character – as performed by Sean Crisden – was your favourite?

Robert. He's the protagonist and we get to hear about his family and that he cared for his family home and traditions. And in a way you find emotions for him.

No. But it is easily doable.

The narration was clear, understandable and great, even during the eroticism.

Would have loved to hear more about how the frontier progresses.

The story is invigorating.

What do you think your next listen will be?
Something paranormal. I love fantasy / paranormal romance.

What three words best describe Sean Crisden’s voice?
Awesome is the only word that comes to mind! He does an excellent job narrating Harper Sloan's Corps Security books. I tend to look for books narrated by Sean Crisden, Sebastian York, Mason Lloyd, and David Brenin. In this book, he did the best he could with what he had to work with.

Any additional comments?
If it weren't for Sean Crisden narrating, I would have given this book 1 star for each category.

Such a nice savage

Sean Crisden did a good job in this audiobook. Sean does shifters well.
A different aspect to shifters. One person able to do different animals.
That was refreshing. I enjoyed the whole audiobook.

I was unable to finish listening beyond the first several chapters due to the narrator's voice. He wasn't monotone, but he had a cadance that remained the same regardless of what was going on in the words. He also did not have different voices for the two main characters and did not pause for normal lenths of time at puncutation, so it was impossible to keep track of who was speaking. It was a frustrating and annoying experience. Since I didn't finish listening to the story I can't judge it, but it seemed pretty average.