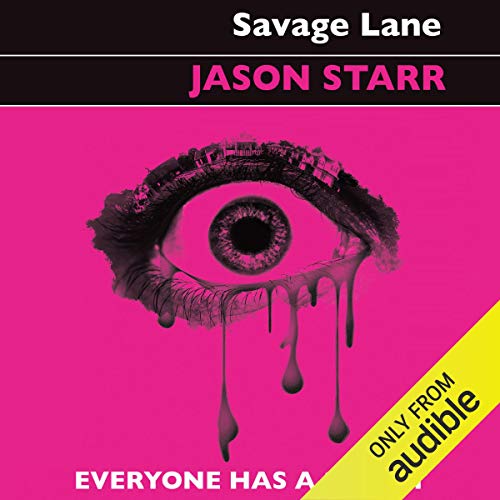 Every town has its secrets.

Karen Daily, recently divorced, lives with her two kids in a quaint suburb of New York City. She’s teaching at a nearby elementary school, starting to date again, and for the first time in years found joy in her life.

Mark Berman, Karen’s friend and neighbor, wants out of his unhappy marriage, and so does his wife, Deb, but they have been staying together for their kids.

Unbeknownst to Karen, Mark has a rich fantasy life about her which has grown into a full-blown obsession. As rumors about Karen spread and a bigger secret is uncovered, she becomes a murder suspect and the target of a twisted psychopathic.

Jason Starr is one of our most accomplished writers of the darkness that lies within the human heart, and Savage Lane is his most riveting and intimate novel yet - a dark domestic thriller and an honest, searing satire of a declining marriage, suburban life, and obsessive love.

Jason Starr is the internationally best-selling author of many crime novels and thrillers, and his books have been published in over a dozen languages. He has also cowritten several novels with Ken Bruen for Hard Case Crime, and his work appears in comics for Marvel, DC, Vertigo and Boom!