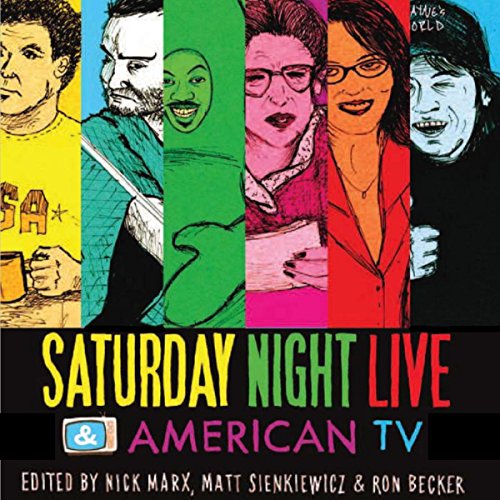 For over 35 years, "Live from New York, it's Saturday Night!" has greeted late night-TV viewers looking for the best in sketch comedy and popular music. SNL is the variety show that launched the careers of a mass of comedians including Dan Aykroyd, Chevy Chase, Chris Farley, Will Ferrell, Tina Fey, Amy Poehler, and Adam Sandler, among others. Week after week, SNL has produced unforgettable sketches and provocative political satire, adapting to changing times while staying true to its original vision of performing timely topical humor. With essays that address issues ranging from race and gender to authorship and comedic performance, Saturday Night Live and American TV follows the history of this 36-time Emmy-winning show and its place in the shifting social and media landscape of American television.

"There have been a couple of good popular histories of Saturday Night Live... Readers looking for a more analytical approach to SNL will want to check out this interesting collection of essays. The contributors, most university professors, take close looks at SNL's political humor, its post-9/11 impact on the restoration of irony to American comedy, its handling of comedy aimed at an African American audience, its musical performers and how the show expects them to adjust their normal acts to fit into SNL's format, and the show's impact on network television." (Booklist)
" Saturday Night Live and American TV offers an unprecedented, comprehensive, and lively examination of critical transformations and creative strategies that historically have allowed SNL to demonstrate continuity and innovation, relevance and convention, 'Live, from New York!' since 1975." (Victoria E. Johnson, author of Heartland TV: Primetime Television and the Struggle for U.S. Identity)

What listeners say about Saturday Night Live and American TV

They Managed To Make A Boring, Stuffy Book

I was really excited to listen to this book. I've been sort of an on-again off-again fan of Saturday Night Live, but it's got such a great history with so many famous comics.

Needless to say I was extremely disappointed, and ended up bailing on this book about a third of the way through. I had enough. It reads like a college textbook. There will be a test at the end, lol.

Shockingly, the author drones on and on about historical significance, the business aspects, the producer, the significance of the comedic style used and all sorts of other nonsense. What it doesn't do is spend time on what I care about: the classic shows, the stars, the behind the scenes stuff, the funny moments, the scary moment, the drama etc etc.

Nothing really insightful. I could have written this book by researching and compiling articles about the show or reading the Wikipedia page.