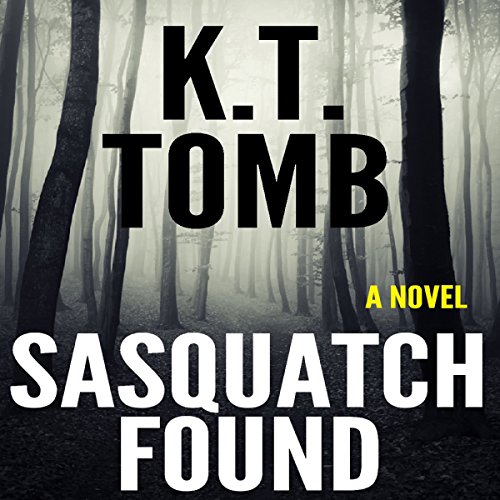 When Lux Branson returns to the Piney Woods in Texas, will she recover the proof of Bigfoot's existence?

In Sasquatch Found, bounty hunter and expert tracker Lux Branson seeks to escape the nightmares caused by her terrifying encounters with the Sasquatch in Texas.

Six weeks later, she's got a seasonal job in Alaska as a guide for grizzly bear hunters. While settling into her new gig, Lux is shocked when Dr. Stevens shows up - he challenges her to provide proof of Bigfoot's existence in the Piney Woods.

Because of the debacle that ensued the last time Dr. Stevens organized an expedition, she doesn't want to accept his lucrative offer to return. But he demands that she lead a new expedition there and, once and for all, deliver the proof she'd once promised.

When Lux heads into the Piney Woods with the new team, she's determined not to repeat the deadly mistakes of the past. But Lux doesn't exactly trust the new team members. When the expedition turns terrifying, Lux discovers that there is more to fear than the Sasquatch.

Will the team survive the perils of the Piney Woods? Will Lux and her team recover the evidence of the Sasquatch that Dr. Stevens demands? And why is he so desperate to have it?

Sasquatch Found is K.T. Tomb's second novel in the Sasquatch series featuring Lux Branson, and is her 32nd adventure novel.

K.T. Tomb, author and archeologist, enjoys traveling the world when she's not writing adventure thrillers. She lives in Portland, Oregon.

What listeners say about Sasquatch Found