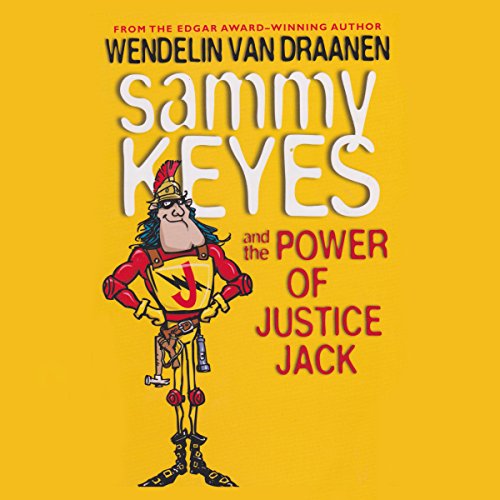 Sammy Keyes and the Power of Justice Jack

By: Wendelin Van Draanen
Narrated by: Tara Sands
Try for £0.00

In this 15th book about the irrepressible Sammy Keyes, she deals with the zaniest character to come out of her town yet - Justice Jack, Santa Martina's very own superhero. Dressed in spandex and a mask, he drives around on a dirt bike hoping to fight crime. Though everyone else seems taken with Jack, Sammy's not so sure and now that she has a real mystery to solve her detective skills are pushed to the limits by Jack's antics. As usual, Sammy's personal drama adds to the excitement in this wacky and wily adventure.

Our family loves the Sammy Keyes series. The Power of Justice Jack is my three year old's favorite book so far. He often approaches me first thing in the morning to ask to listen to Justice Jack. Another sweet and sassy tale from Wendelin Van Draanen that deftly tackles traditional comic book questions such a human nature, morality, and motives through the voice and experience of the spunky and unaffected teen sleuth.