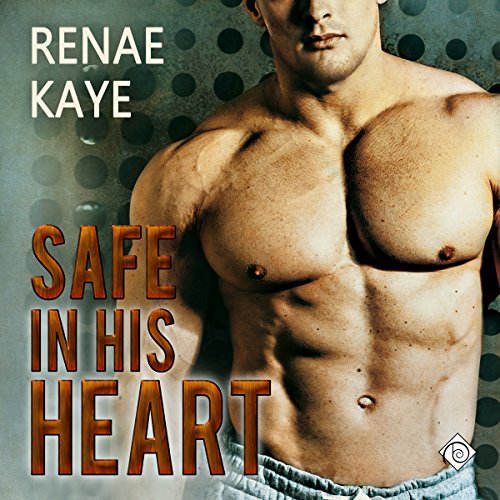 Safe in His Heart

Andrew and Paul learned about God and Jesus in different churches and realize their views of spirituality are worlds apart.

Andrew was raised Catholic and was told his homosexuality was a sin. For his entire life, he hid the truth. He married and had children to present a facade to the world that of a straight man. It's not until he has an affair with Paul, who shows him a different side of Jesus, that Andrew realizes he can be gay and still believe in God. Paul's Jesus is one of acceptance and love, and in Paul's church, being gay is not a problem.

For Paul and Andrew, falling in love is the easy part of their journey. They must make it through the fires of cheating, being discovered, Andrew's wife leaving, the necessities of childcare and family life, the demands of their jobs, and working on their commitment to each other. Only then can they be safe in each other's heart.

What listeners say about Safe in His Heart

I can't write a review without giving a rating for the story. So three stars is a cop-out. Again, something is terribly wrong with the audio. I managed to finish Safe in his arms because the story was compelling and the narration all right. In this novel, the narration is very bland. Randy Fuller drones on as if describing what's for dinner, no matter the scene.

Where were the Australian Accent?

Enjoyed the story, the plot and plot development were fine. I had a hard time with the book being set in Australia and the narration being with a flat midwestern American accent.

Renae Kaye is a great author. This story was flowing, never a dull moment. It was interesting, very satisfying and the narration was perfect. I highly recommend.

I adored Safe in His Arms. Although it’s not the first of Kaye’s books I’ve enjoyed, I didn’t realize that she was the same author who wrote The Blinding Light, at least not until I started writing my review. But now that I know, I can’t say that I’m surprised that I enjoyed Safe in His Arms. I found the author’s writing to be fluid, moving the story along with just the right amount of information provided, while withholding key pieces of info so that they could be dropped like little bombs in the relationship in a realistic manner – by that I mean that neither Casey nor Taylor are very secure in what they are to one another, so they’re both hesitant to unload all their baggage for the other to see because they’re afraid of sending the other man running.

While the book starts off with a bang (or should I say a blow?), Casey’s need to feel safe and protected quickly propels what could have been a one-night-stand into just a bit more. Casey is needy without being clingy, or maybe I should say smothering. Despite the abuse Casey suffered as a teen at the hands of his father, he is drawn to large men, men big enough to protect him, bears – and while this physical type could also do him harm, he trusts his instincts when it comes to Lon, feeling quite literally, safe in his arms. As for Lon, he tends to avoid twinks because they often want him to be their “daddy” while spanking and dominating them, none of which appeals to Lon. Contrary to his intimidating appearance, Lon is a nurturer and something in Casey calls to him, making him overlook Casey’s twink appearance and their age difference to give him a chance – a decision that benefits both men more than either would have ever anticipated. Casey’s need to feel safe and protected complements Lon’s natural caregiver and protector instincts wonderfully and their sexual chemistry is intense, especially once Lon accompanies Casey to one of his therapy sessions and Casey’s therapist is able to give Lon the reassurance and guidance he needed. In addition to the ghosts from both Lon and Casey’s pasts that they must deal with, Mother Nature decides to make an appearance, adding a realistic element that had me worried (even as I knew I really didn’t need to worry). I don’t want to say that the ending was rushed because it wasn’t, I think it was more that I wasn’t ready for Lon and Casey’s story to be over, which left me feeling as though the events in the final couple of chapters progressed too quickly.

Safe in His Arms is the first audiobook I’ve listened to that was narrated by Randy Fuller and I found his narrative performance to be very enjoyable. Fuller did a nice job of creating different voices for the various characters and conveying their emotions to the listener. I’ve found that for me, when a narrator can make me forget I’m listening to a book and leaves me feeling as though I’m listening to a movie, play, or similar performance, I’m both impressed and entertained. Granted, the book being narrated has to lend itself to the format and I’ve already had experiences when I enjoyed the audiobook more than I would have enjoyed reading the ebook. That doesn’t apply here because Safe in His Arms is a strong, well-written story, and Fuller’s performance enhanced the experience immensely, leaving me anxious to begin Safe in His Heart.

Such a wonderful story :)

The Story
Warning: If you don’t like cheating, then go no further. In its defense, technically there isn’t cheating when the marriage is thought of contractual by both parties and both parties agree that the other can find pleasure outside the marriage as long as they are discrete. Yes, they are not honoring their vows, but again both adults think of this a contract, nothing more. In addition, even though religion is involved in this story, it does not weigh the story down.

With that out of the way......Holy crap does this book start out with a bang... literally. Let me just say that you are in for a treat. Who does not like a hot and steamy shower sex scene in a gym. In fact this is where Paul and Andrew meet, even though Andrew has seen him around the gym once or twice before.

Andrew is a successful businessman with a beautiful wife and two young children. However, appearances are not always what they seem. In fact, their marriage is a marriage of convenience. It was forged between the two of them at desperate times in their lives. Both Kristy and Andrew have their own reasons for their agreement which I will leave for the reader to explore.

IMO Andrew and Kristy's reasons for getting married are selfish. However, with Paul's help Andrew is able to grow and become not just a better person (and not a pushover) but a better parent. Unfortunately, Kristy still stays a selfish bitch. I am hoping with time (a from the bit of redemption at the end) she will eventually become a better person all around.

Even though Paul isn’t perfect by any means, together they fit. The attraction between the two is undeniable. Not only is their growing feelings toward one another sweet, it kept me on the edge with all the conflict they came up against. There is a lot that the two have to navigate through: Andrew being in the closet due to his religious upbringing, the wife, the kids, both his parents and his wife’s parents, the separation, their hectic schedules and etc. Even through all that, both eventually get their well deserved HEA. I have to say it is ultra complicated, but I wouldn't expect anything else given everything they have gone through up until this point.

First off let me say that I have not read and/or listened to the first book in the series, but the author does such a great job that this book can be read and/or listened to by itself. She did such a wonderful job telling a story about a man who is lost and conflicted not just with himself and others but with God as well. It just took one man to help him not only see things from a different view on religion, but to find balance in his life. This book is full of ups and downs, so be ready. This is an audiobook worth listening too and well worth the credit :)

The Narrator
Randy Fuller is a new narrator for me, and I have to say I like the job he did. He has a nice voice and did a good job with the different characters in the story.

Audio Editing
There is a bit of an editing issue with the audio a bit under the two-hour mark. It was if they went back to re-record a certain part and then edited the area. Unfortunately, you can hear the sound variation.

I am one of many reviewers at Gay Book Reviews.

I received an ARC of this book in exchange for an honest review.