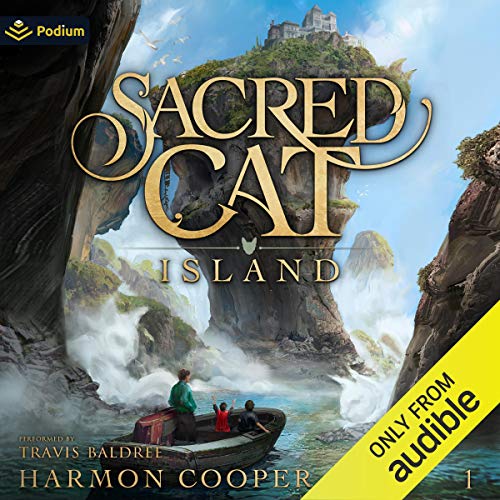 When Rowan and Toro are brought to Sacred Cat Island by their father, the two brothers expect to hate the place. They quickly discover that the island has untold mysteries and magical secrets just waiting to be explored.

What starts as a small Dad Quest quickly turns into the adventure of a summer as the two brothers help their father open a general store, befriend the villagers, and find themselves in the middle of an epic mystery that has to be solved before they go back to the mainland.

Help Rowan and Toro unearth the hidden truths of Sacred Cat Island in this grand slice-of-life story starring an all NPC cast. Escape with them to an island full of fantastic critters, frightening spirits, and colorful characters that LitRPG and cultivation listeners are bound to fall in love with. Discover the magic of Sacred Cat Island.

Inspired by the magical realism of Studio Ghibli films, this story by best seller Harmon Cooper was also influenced by The Wandering Inn, Stardew Valley, and Animal Crossing.