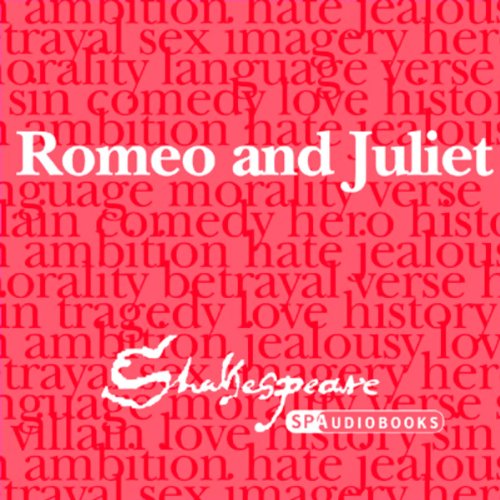 What listeners say about SPAudiobooks Romeo and Juliet (Unabridged, Dramatised)

it is unbridged, and dramatised. quick good for an old play, but the background music is a bit noisy!

I love Mercutio and Benvolio because they seem to be underappreciated side characters. Mercutio's wit makes me laugh, as does his teasing of Romeo. In truth, I appreciate all the characters in their own ways--each of them has at least one good line, and altogether they make an engaging cast.

I think Juliet is one of Shakespeare's most interesting female characters because of her complexity. Of course she loves Romeo, but in the beginning she also tells him that she doesn't just want their romance to be a momentary passion; she also has doubts about going through with Friar Lawrence's plan to give her an artificial death. Unfortunately, the Juliet in this audiobook is really... airy. She intones everything in the same sing-song, la-di-dah, so-in-love tone that doesn't do any justice at all to the passion of her dialogue. And when she does manage to do some other emotion than doe-eyed adoration, it's misplaced, too little too late. The performance of Mercutio seemed equally lackluster to me--monotonous and disdainful rather than witty and quick.

If you want a better performance (or, at least, a more lively one) try the Romeo and Juliet with Michael Sheen and Kate Beckinsale. I prefer that one vastly over this one.