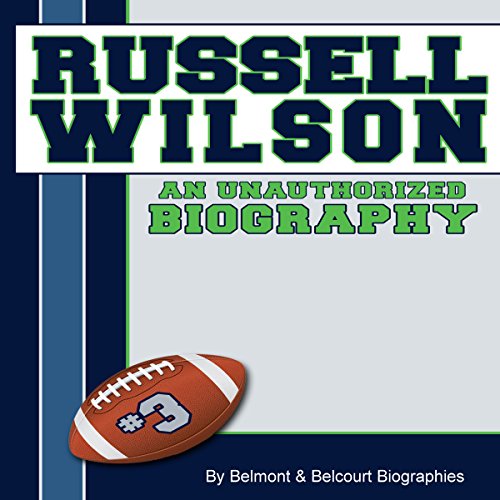 By: Belmont and Belcourt Biographies
Narrated by: Linda LongCrane
Try for £0.00

The NFL is a quarterbacks’ league more than ever. Teams that win consistently year after year typically have one thing in common - an elite quarterback. The best quarterbacks of this generation have all won Super Bowls over the past decade, including Peyton Manning, Tom Brady, Drew Brees, and Aaron Rodgers. It is time to add a new name to the list - Russell Wilson.

Wilson led the Seattle Seahawks to a dominating 43-8 victory in Super Bowl XLVIII in February of 2014. Wilson completed 72 percent of his throws for 206 yards and two touchdowns in the win. Although some view Wilson as simply a game manager, make no mistake - Wilson is a star.

Most fans are aware of Wilson’s Super Bowl victory, but in order to truly understand Russell Wilson, you must first understand where he came from. Inside, you will discover where it all started and learn how Wilson got to where he is today. From football to family to the future, all you need to know about Russell Wilson is right here, right now, in the most up to date coverage of his life.

This audiobook also includes all of Russell Wilson’s collegiate and NFL statistics.

What listeners say about Russell Wilson: An Unauthorized Biography