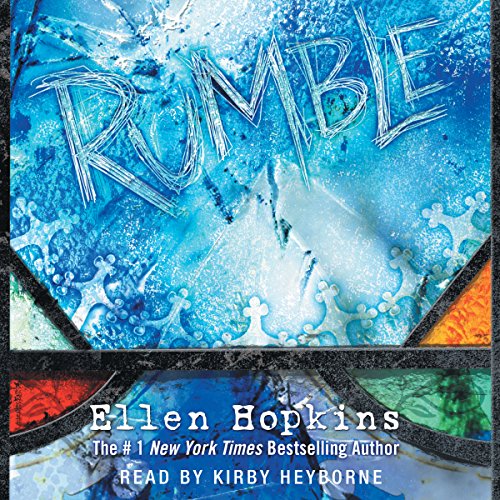 Can an atheist be saved? The New York Times best-selling author of Crank and Tricks explores the highly charged landscapes of faith and forgiveness with brilliant sensitivity and emotional resonance.

"There is no God, no benevolent ruler of the earth, no omnipotent grand poobah of countless universes. Because if there was... my little brother would still be fishing or playing basketball instead of fertilizing cemetery vegetation."

Matthew Turner doesn't have faith in anything.

Not in family - his is a shambles after his younger brother was bullied into suicide. Not in so-called friends who turn their backs when things get tough. Not in some all-powerful creator who lets too much bad stuff happen. And certainly not in some "It Gets Better" psychobabble.

No matter what his girlfriend Hayden says about faith and forgiveness, there's no way Matt's letting go of blame. He's decided to "live large and go out with a huge bang," and whatever happens happens. But when a horrific event plunges Matt into a dark, silent place, he hears a rumble... a rumble that wakes him up, calling everything he's ever disbelieved into question.

What listeners say about Rumble

while the book has some good points and ideas. its slow to start and really get to the point and wind up.

The narrator does an amazing job in telling the story. it wouldn't be possible if the author didn't have such amazing talent in writing a story. Honestly it's hard for me to listen to audio books because it makes me focus. I can't think of anything else besides what I am hearing. If my thoughts wonder for even a second, I will forget what I just heard. However this book had me so engaged that it made me fall in love with audio books. Its been awhile since a book has made me emotional. I cried three times while listening to this book. the writing the narrating, everything fit so perfectly that I finished this book in 2days.

I will always love Hopkins books. this one is a little weak but still a great story

you want a book that makes you look at the whole pciture this is the one!

Ellen Hopkins is one of my favorite authors, so my opinion may be a bit biased. This is a wonderfully classic story about life, love, and loss told in an alternative way. I love the that the main character struggles with mental stability and find it very relatable. The reading of story highly exceeded my expectations, featuring several characters with different tones to help distinguish them, without the usual multi-character perspective done by Hopkins, which would call for multiple actors. All in all, I highly suggest this thrilling tale for your next read/listen!

i hated the narrator lol he was very dull almost quit listening in the beginning.

dont waste your credit on this one. it took all i had to get through it. i thought it might get better but it didnt. if you want a good read get crank an glass.

Another win from Ellen Hopkins! I can't get enough. Took me a few chapters to get roped in, but couldn't stop listening once I did.

another great book by Ellen hopkins I couldn't stop listening to this book at work!

I loved this story. At first the narrators voice was monotonous but I warmed up to it The ending made me cry