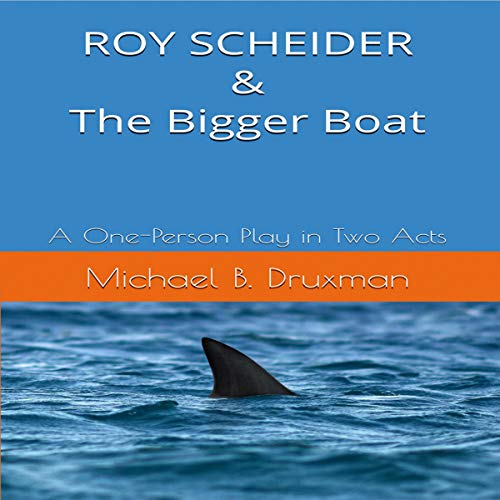 By: Michael B. Druxman
Narrated by: Gene Vetere

“The important thing is to do good work, no matter what medium you do it in.” (Roy Scheider)

He’s been called “the Humphrey Bogart of the 1970s” and “the thinking man’s action hero”. He was nominated twice for the Academy Award, and appeared in such bona fide film classics as The French Connection, Klute, Marathon Man, All That Jazz, and, of course, Jaws.

A native of New Jersey, Roy Scheider was his own man. He did his work well and was not afraid to butt heads with producers and directors with whom he disagreed, even to the detriment of his career.

Michael B. Druxman’s Roy Scheider & the Bigger Boat finds the actor in 2002 during a lull in his career. He hasn’t done a major film for several years, as he ponders how he can change his luck.

What listeners say about Roy Scheider & the Bigger Boat