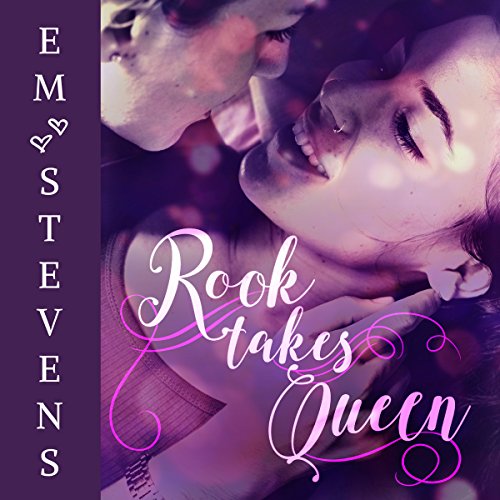 Rook Black is determined to leave her chess career in the past. Unfortunately, beyond being able to kick ass on the board, she doesn't have many skills to offer up, which leads her to a hustle - and a lot of trouble. Trying to make it right, she's stuck back in the game and miserable about it...until she meets Carmen.

Carmen Barnes is a beauty queen who's out to prove she's more than just a pretty face. Determined to use her crown to change the world, she wants to leave a mark that makes people think. Hosting a chess tournament for a local teen's homeless shelter is just the thing. One caveat: She doesn't know a thing about chess. There's also the stifling rules that come with her title. Romance - or a lack thereof - is written into her contract.

When a stubborn chess player is pitted against an ambitious pageant winner, heads butt and sparks fly. Will Rook's gambit pay off? Fate aims for a checkmate in this lesbian romance!

I really enjoyed this story. It was very much mellow, fun and the ending was exactly what i was looking for.

I absolutely adored this audiobook. It is a story of two women from different standings in life. Rook Black is a chess grandmaster who walked away from the competitive game, has wasted all of her money and is now into hustling to get enough money to survive. Carmen Barnes is the reigning Miss United States who wants to prove that she is more than a beauty queen. When the two come together for a charity chess tournament, sparks fly between the two.

Carmen is my favorite character in this due to her strong desire to do something of meaning with her time with the crown and not just be a pretty face. She is a character you can really get behind and fall in love with.

The narration by Ainslie Caswell is fantastic. I love her voice and the life that she brings to the story.

If you are looking for a sweet romance between polar opposite characters, this is definitely one to listen to and enjoy.

Note: I received a free copy of this audiobook in exchange for an honest review.

This is a perfect romance story!

It’s a quite fascinating set-up and both protagonists are adorable, interesting and “real”.
I really like how Em Stevens follows what I would call a “standard Romance recipe”. That sounds kind of bad but it really isn’t. It’s what I want to read and what I’m often missing in lesfic. The story ventures into the forbidden love trope but it does so in a Romance way, not in a “coming out” way. It was actually an unexpected twist and done really well.

As for the audio, I love Ainslie Caswell’s voice. It fits the two women perfectly and her narration is very captivating. She wasn’t always exactly on point in regard to using the correct intonations and sometimes the voices weren’t so easily distinguishable because of it. Nevertheless, it was an engaging, fun narration style and I was invested in the story.

If you’re looking for a sexy, romantic audiobook with two women, I wholeheartedly recommend this one!