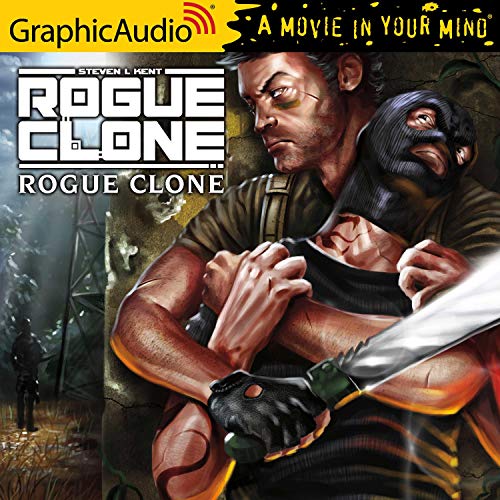 AD Earth, 2512. Humans have spread across the six arms of the Milky Way Galaxy. The Unified Authority controls Earth's colonies with an iron fist and a powerful military - a military made up almost entirely of clones. But four centuries of relative peace are about to be shattered....

Lt. Wayson Harris is one of thousands of clones born and bred to be the ultimate soldiers. But unlike the others, Harris is an outlawed model - one with independent thoughts and an addiction to violence.

Presumed dead after his troops were massacred, Harris - who blames the U.A. for the slaughter - has gone AWOL as a bounty hunter. Still, it’s hard for a clone to overcome his conditioning, and Harris finds himself drawn back into the U.A.'s service by his mentor and creator, Fleet Admiral Bryce Klyber.

Now, with separatists rebelling throughout the galaxy, the fate of the U.A. depends on Admiral Klyber’s plans for the Doctrinaire - the largest, most powerful battleship ever constructed. But there are those who would do anything to stop Klyber, and Harris must decide whether he should fight against them…or work for them.