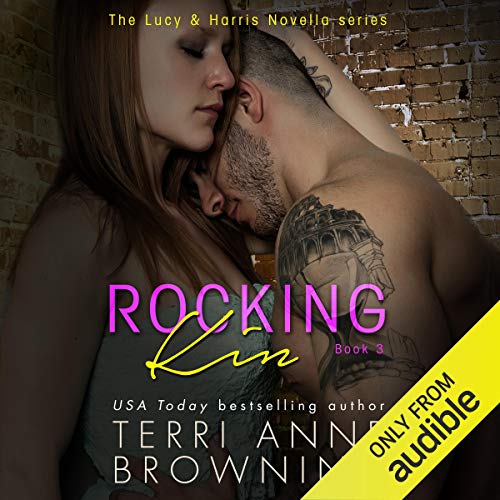 With one promise her life was changed....

Saying goodbye to my mother also meant saying goodbye to my life in Virginia. After reluctantly making a promise to my mom, I was California bound with the father who I haven't seen since I was four years old. I was miserable living under the same roof as my step-monster and the two step-bitches from hell. My only saving grace? Lucy Thornton, daughter to Demon's Wings' drummer, Jesse Thornton. Without her friendship - and her odd rocker family taking me in as one of their own - I was sure I would have lost my mind after the first week.

I never thought I would see Jace St. Charles again. Honestly, after the way he'd broken my heart, I would have been just fine without having to see his face for the rest of my life. With Lucy's close friendship with Harris Cutter, owner of the hottest new club in SoCal and Jace's new boss, I was forced to see that damn face often. Forced to see the way every girl seemed to trip over themselves to get close to him.

Being tossed into one situation after another with Jace made it hard to fight the fact that I wasn't as immune to him as I wanted to be. But, damn it, I was only human and he was hell bent on winning me back.

What listeners say about Rocking Kin

The writing is great the naration of a guy reading as a girl destroyed it as audible. My suggestion read it , dont listen to the story because it takes away from it over all

Wow. What a terrible message. One of the major characters sufferes an attempted murder and sexual assault. The love interest travels thousands of miles away to get his/her head strait and heal??? WTF? Again, the narration comes across as an overly dramatic fourteen year old.

huge question rockers, gangster valley girl voices. totally disappointed
this book was a huge disappointment was looking forward to seeing what happen at the end of book 2 to be bored for 18 chapter's. there's a time for flash back . but to see book 2 from ken point view was a waste of pages. lucy is a whine bitch proof that shown that harris was raped and almost killed.
But ken puts up Jillian way to much theres a promise and theres she need to kick ass.

This third audiobook in this series focused not on Lucy and Harris, as in the first two books, but on her best friend Kin and the man who broke her heart Jase. I enjoyed the story, but I was a little put off by the fact that book 2 stopped in a cliffhanger that doesn’t get resolved until boom 4. Otherwise it was a good story and narration was well done.

I have read this as an ebook. This version gives a new dynamic to the story. In this story we find out about Kin and why she is in California also how she met Jace as well as what divided them. This story will have you hooked from beginning to end. I would highly recommend this to anyone and everyone everyone