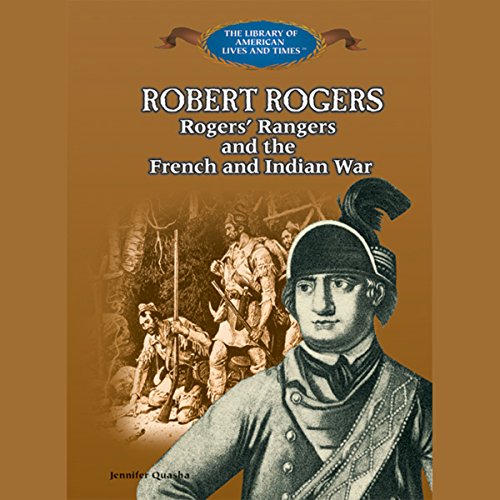 The life story of Major Robert Rogers, the New England frontiersman who recruited companies of colonial soldiers, known as Rogers' Rangers, to fight for the British in the French and Indian War, is a compelling mix of military intrigue and national identity. This feisty major codified colonial military strategies into a document, known as Standing Orders, and put these principles to practice in many battles, campaigns, and scouting.
©2002 The Rosen Publishing Group, Inc. (P)2008 Audible, Inc.

What listeners say about Robert Rogers

It was not clear from either the sample or the description, that this is a children's book. It is a decent coverage of a the topic... for those aged 16 or younger.

I can heartily recommend this book for those in High school for an introduction to Roger's Ranger.