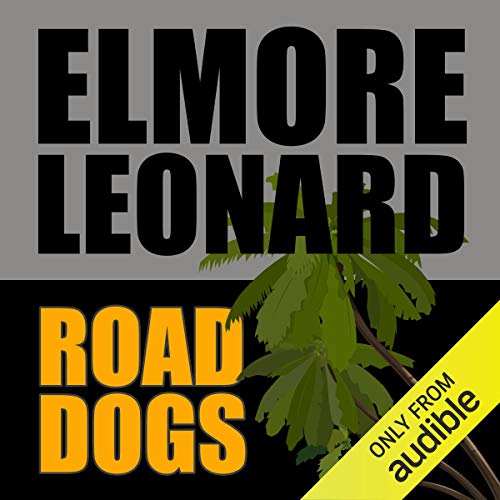 By: Elmore Leonard
Narrated by: Peter Francis James
Try for £0.00

Every prison inmate needs a Road Dog - someone to watch their back, someone they can trust on the inside and out. For wealthy Cuban criminal Cundo Rey, that person is Jack Foley: charmer, ladies' man, and infamous bank robber. With the services of a shark attorney and a whole heap of cash, Cundo engineers his buddy's early release, and Jack is soon living large in Cundo's house in Venice Beach, enjoying the attentions of his sexy wife, Dawn.

But Dawn has ulterior motives and a plan: to relieve her husband of his considerable fortune...and she needs Jack's help. But with Cundo's release imminent and rogue FBI agent Lou Adams on his tail, just who can Jack trust if he's to pull off the biggest score of his life...?

Elmore Leonard was born in New Orleans on 11 October 1925. He wrote 45 books during his phenomenal career, including the best sellers Mr Paradise, Tishomingo Blues, Be Cool, and The Hot Kid. Many have been made into successful movies, including Get Shorty with John Travolta, Out of Sight with George Clooney, and Rum Punch, which became Tarantino's Jackie Brown. He is the recipient of the Cartier Diamond Dagger Award and the PEN USA Lifetime Achievement Award. He died on 20 August 2013 in Detroit.

What listeners say about Road Dogs

Laboured comedy not one of his best

I've read /listened to a few EL books but this is the one I enjoyed the least. Although Leonard's writing is sharp enough and the narrator was fine the plot is circuitous and long-winded, stretches credulity and is more based on (in my opinion, weak) comedy than some of his other books. I found myself not really caring about the characters by the end.