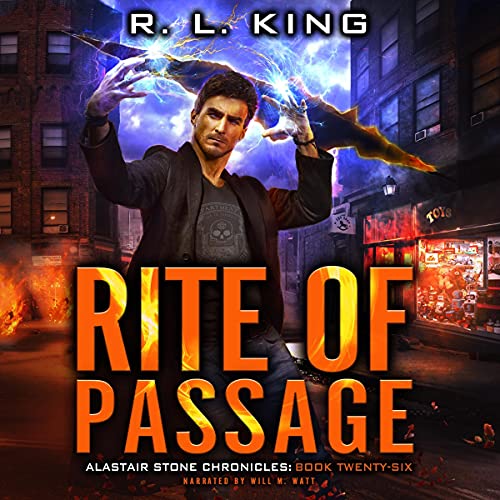 When Kolinsky asks Alastair Stone to investigate a curious anomaly near a familiar location, Stone is ready to find a connection between the two.

What he's not ready to find is an old friend he thought was dead for eleven years. A friend who's got more than one shocking bombshell to drop on him - including an unexpected companion - before she goes on the run and disappears.

As more widespread and increasingly dangerous anomalies threaten to rip apart the very fabric of reality, Stone is convinced the anomalies and his friend's sudden appearance are related - and that she and her companion have no idea of the horror they’re leaving in their wake.

And also before Kolinsky, who’s determined to handle the problem with extreme prejudice.

Prepare to lose yourself in this number one Amazon-bestselling urban fantasy series listeners are calling “unstoppable” and “a major winner”! Once you enter the world of Alastair Stone, you won’t want to leave.

Don't miss the rest of the series:

Also, don't miss the Happenstance and Bron series, set in the world of the Alastair Stone Chronicles:

The Soul Engine
Chariots of Wrath
By Demons Driven

What listeners say about Rite of Passage