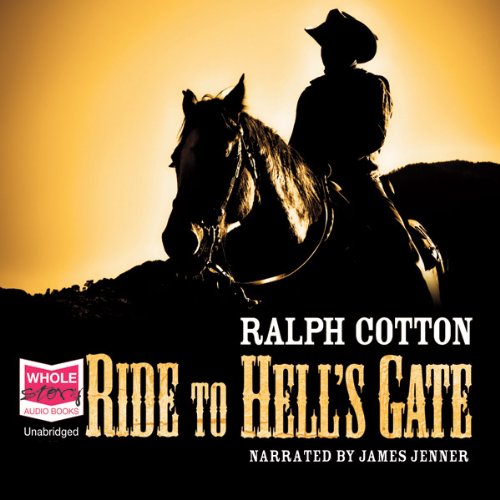 Lawrence Shaw still has the reputation as the fastest gun alive. But since the death of his beloved Rosa, his shots have come out of a bottle. Then a friend gets Shaw a job helping a widow with her ranch, and Fast Larry sees the glimmer of a second chance.

Unfortunately the Barrows Brothers Gang has other plans - and they involve stolen horses and spilled blood. The outlaws ride roughshod over Shaw's shattered dreams, giving a good reason to put the plug in the jug and team up with a couple lawmen sent south of the Rio Grande to stop the hard cases.

What listeners say about Ride to Hell's Gate