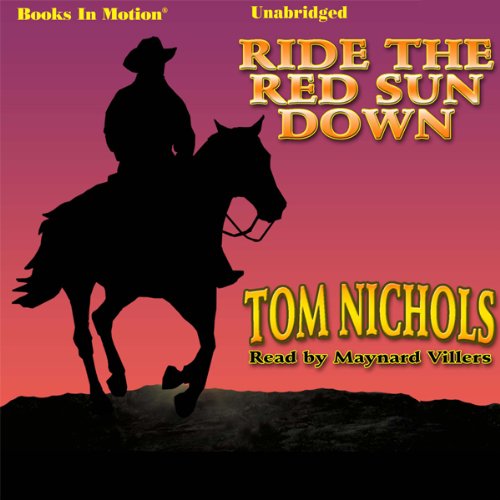 Ride the Red Sun Down

By: Thom Nicholson
Narrated by: Maynard Villers
Try for £0.00

Marty Keller, ex-Texas Ranger turned bounty hunter, is on the vengeance trail to find the three men who murdered his family. After being wounded, he is cared for by the widow of a murdered sheriff and she convinces him to search for the sheriff's killer as well. She asks a friend of the sheriff, an Indian, to help. The two are slowed by many battles along the way but eventually track the killers across the Southwest into Mexico.

Side-tracked again, Marty gets involved in defending a large ranchero from Mexican bandits. It is during this battle that he finally learns who killed his family and why.

What listeners say about Ride the Red Sun Down