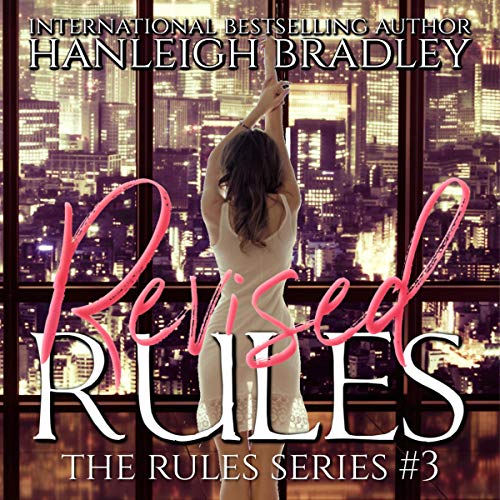 Control is often fleeting, easily stolen, and fun to lose. Secrets are kept and lies are hidden as they try to fit into each other's worlds. Who will come out on top in their fight for dominance?

Now that they are together they try to put their rules behind them, but it might be easier said than done. Living together so early on in their relationship seemed like a great idea when Aurora first moved in, but a few weeks in they are beginning to realize that they both have flaws.

Aurora still hasn't told her parents that she is living with Landon, much to his irritation and Landon is distracted with the running of his father's company and life just continues to get even more complicated.

Neither one of them feels in control of what's happening around them. Together, they realize just how intense it can be when the person you love is giving you that control, and that losing control can be even more exhilarating when you lose it together.

Can this British bad boy and pretty English socialite give up the control they both crave, or will they destroy each other with it?

Revised Rules is the third book in a four book complete series.

A one-night stand with CEO bad boy and all round "manwhore" Landon Peters will change Aurora's life, if she'll take a risk and break some rules.

"These books just keep getting better and better, so much so, that I devoured this book in less than a day!!!" (Bloggers Down Under)

This has been an excellent series, especially as an audiobook. I love the steam mixed with the building relationship and how all the different series intertwine. These books are easy quick reads but worth it for a shot of sweetly hot romance. Definitely recommend.

Since the day that Landon Peters and Aurora Stone met over drinks, they have been inseparable. They knew, almost immediately, that they fit well together and loved many of the same things in life. Shortly after their first evening together, they were ready to live together, but Aurora was terrified that her mother was going to be angry because she didn't confide in her. The crux of this series is that everyone lives by a set of rules and Aurora and Landon were intent on breaking as many as possible. Melissa Stone is not an easy going mother; in fact, she's a control freak and always has been with her children. When she discovers that Aurora is living with Landon, Melissa becomes that mother who no one wants to claim. Aurora's father is the peacemaker and empathetic soul who tries to keep mother and daughter on good terms with each other. He knows his wife is tough on the children, but it's because she only wants the best for them all. Aurora and her father are landing in Los Angeles for a week of working together when everything goes wrong. The family gets word that there's been an accident, but there's no further update. Landon will not accept that he's lost Aurora, just as they were starting their life together. It's a beautifully written story laced with tenderness and emotion. The characters are vividly drawn with layers of personality and charm. A very fitting ending to the trilogy with the perfect tease for Aurora's sister, Aileen's, story. Stacy Hill does a wonderful job with the narration. Her well-modulated, distinct voice brings each character to life with plenty of personality!

This has been an excellent series, especially as an audiobook. I love the steam mixed with the building relationship and how all the different series intertwine. These books are easy quick reads but worth it for a shot of sweetly hot romance. Definitely recommend.

Revised Rules by Hanleigh Bradley is a contemporary billionaire romance that I listened to on audio narrated by Stacy Hill. Hanleigh does an amazing job pulling you into the story. I love that you get both Landon and Aurora’s points of views throughout the book. It really helps bring the story to life. I can’t wait to read the final book in the series Secret Melody which is a companion novella that can be read as a standalone. Stacy did a great job on the narration. I loved that she used different tones/voice for each character. I would recommend this book to anyone who loves Contemporary Romance, Billionaire Romance, or Steamy Romances. StoryOriginAppReviewer

This is book 3 in Bradley's The Rules series and I loved the continuation of Landon and Aurora's story. Aurora's continued quest to be perfect for her parents but needed to be herself continues but she finds acceptance in Landon who loves her in her imperfect perfectness. I loved this quote from the book which I think sums it all up, "Perfect is just a word...the only thing that makes you perfect is how much your loved." Narration was well done, a bit choppy in some places but overall well done. I think the pitch change was also well done. Loved the overall story line and flow. Bradley does a great job of creating characters that suck you into their imperfect but somehow wonderful lives and leave you wanting to know all there is to know about them - so even when the book is over - you really don't want it to be. This book was given to me for free at my request and I provided this voluntary review. *this review is based on the audio version of this read

A very quick listen, and a very good conclusion to the Rules trilogy for Landon and Aurora. The biggest obstacle left for the couple really was Aurora’s parents, and there is a very good confrontation that brings that arc to a head. One big incident spurs them into finally realizing they can’t live without each other, and it’s a very sweet ending. Lots of love and a healthy dose of steam and passion make this a fun read.