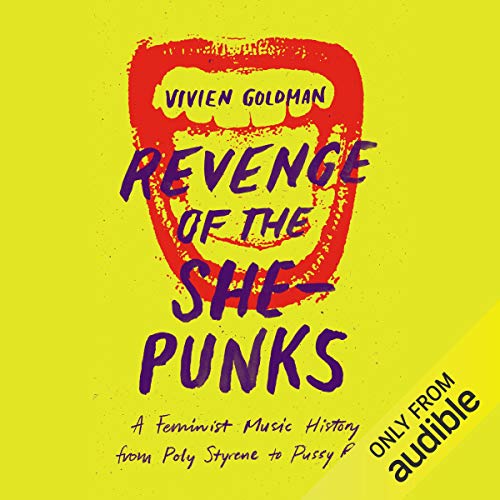 As an industry insider and pioneering post-punk musician, Vivien Goldman’s perspective on music journalism is unusually well-rounded. In Revenge of the She-Punks, she probes four themes - identity, money, love, and protest - to explore what makes punk such a liberating art form for women.

With her visceral style, Goldman blends interviews, history, and her personal experience as one of Britain’s first female music writers in a book that plays like a vivid documentary of a genre defined by dismantling boundaries. A discussion of the Patti Smith song “Free Money”, for example, opens with Goldman on a shopping spree with Smith. Tamar-Kali, whose name pays homage to a Hindu goddess, describes the influence of her Gullah ancestors on her music, while the late Poly Styrene's daughter reflects on why her Somali-Scots-Irish mother wrote the 1978 punk anthem “Identity”, with the refrain “Identity is the crisis you can't see.” Other strands feature artists from farther afield (including in Colombia and Indonesia) and genre-busting revolutionaries such as Grace Jones, who wasn't exclusively punk but clearly influenced the movement while absorbing its liberating audacity. From punk's Euro origins to its international reach, this is an exhilarating world tour.

What listeners say about Revenge of the She-Punks

The narrator is over expressive, annoying and terribly unnatural to listen to. I've had to give up. I also feel like I haven't learnt anything new about women in music or 'she-punks'. It all feels a bit generic rather than enlightening. I had such high expectations!!

had to give up, the narration is horrifically bad.

not sure what went on here, but the narrator is terrible, had she had a stroke? this is a book I'll need to read rather than listen to.