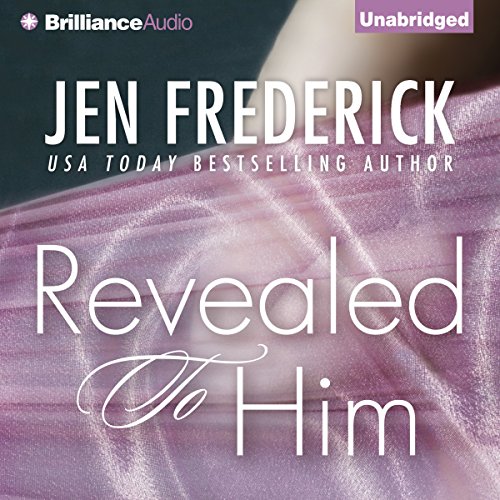 Handsome and tough Jake Tanner, a veteran and the owner of a successful security firm, never lets his past hold him back. Despite his prosthetic hand and foot, women swoon over him - and with him between the sheets. Yet Jake feels bored and restless...until he's hired to protect a beautiful writer whose life is in terrible danger.

Self-imprisoned by the fear of the anonymous stalkers who threaten her life, video-game writer Natalie Beck now only dreams of the world outside her pink-bedecked apartment. Trusting people again is off-limits. But the more time Jake spends with her, the more his professional commitment evolves from simple duty to scorching desire. While deeply sensual sparks ignite between the two, the danger outside circles closer. Will Jake's intense devotion be enough to save Natalie? Or will she turn away from the one man willing to do anything to save her?

The most annoying book!

This is the first time that I have left a bad review! The story could have been good but it went on and on about not being able to leave her apartment and the female voice was HORRIBLE!! The male voice was great!!

I'll be completely honest here... I never meant to read "Reveal To Him", but I accidentally click on the widget and I got approved. The idea of the story was okay but it wasn't jumping out to me and I hadn't read the previous books in the series so I wasn't sure if it would be an issue or not. Also, I've read one or two books by the author in the past and they have been okay. With "so many books, so little time", I didn't want to take on a book I wasn't going to be all giddy about wanting to read. However, I got approved and I'm a girl of her word. I was happy to learn that Sebastian York was narrating the audiobook and so I purchased it to see if I'd like it better in audiobook version.

I was pleasantly surprised at the beginning not only by the narrators, but by the characters, and story itself! Jake, while an alpha male is very sweet and funny. He is sincere and patient. Natalie is quirky and cute in that she can be your BFF. She is smart and sassy.
While Natalie is suffering with a mental disorder, Jake has a physical limitations in that he has two prosthetic limbs. Though Jake is significantly further along in his recovery there are still things he must 'deal with' when it comes to people and how they see him.

The heroine is agoraphobic due to stalkers and an assault. She is currently an author but was originally a 'screen writer' for a game. Jen, the author, address two very important topics with the heroine and the situation - Natalie, an original game developer is obviously female, in a male dominated industry. The amount of backlash she received upon people, fans, gamers and peers, finding out her gender exists true today. Then Natalie becomes an author in the Scifi genre which again, is typically read and written by males and due to this, she feels she must use a gender neutral name, however one many believe to be male. While the issue was address in the fact that it was mentioned, that's it. Natalie doesn't deal nor "fight" to remain a gamer in the industry nor does she let her readers know her true identity for her author persona. I think while the issue is a great one to bring up, if the character isn't going to 'do something about it" then what's the point?

Unfortunately, there is INSTA-LOVE... while in the beginning of the story, they seem to be getting to know each other, and that is what I was enjoying the most. Their conversations. Then when they finally get together, OMG, it's like "You're MY EVERYTHING" Dude, it's been a week. Take a second! Then there's the forgotten matter of the finding who is now stalking Natalie... yeah, it seems to have gone to the back burner. Then it's rushed at the end and it's a bit obvious and disappointing.

Narrator's Review: Both Sebastian and Carly did an amazing job! Carly brought the character of Natalie to life. Sebastian brings the sexiness of the males to the forefront. I wish that they each would read their own gender (i.e. Carly the female characters and Sebastian the males) at the same time. THAT would be awesome.

Overall, it was a good audiobook as the narrators really did their jobs in bringing that extra dimension to the story. I'm sort of curious about the next book IF it's about Jake's sister and his friend....

I found this audiobook to be quite enjoyable listening. The story deals with two individuals who both are dealing with different issues, those being agoraphobia and PTSD due to war injuries. The narration was great and the story moved smoothly. Great chemistry between the main characters too!

I love Sebastian York but Carly Robbins was a little too drastic at times. The storyline was too predictable and unrealistic , I feel like they fell in love too fast . other than that it was really good.

This was a unique love story, unique hero and heroine. I love stories where there is no cheating but full of true devotion. the narrators were perfect!

I must admit it was a good story however the female narrator really over played her part. I also have to say I knew from the beginning who the villain/villains are. But still a good story. Author focused too much on his prostheses and her agoraphobia. Seems like she didn’t know how to fill the time creatively. All in all it was good

The first two books in this series were good. This book had a lot of potential but the heroine was seriously tedious. I don’t know that much about agoraphobia but that was 99% of the book and then the ending was very abrupt. I love Sebastian York’s narration which is why I gave 4 stars. Not wild at all with the female. I would not waste the credit or time on this one.

I liked this book, but it didn't blow my mind. The actors were great and seemed to fit the characters well. The first love scene was seriously hot. However, I feel like there was some missing plot resolutions that are driving me crazy. I assumed that Natalie's therapist had lied to Jake's therapist friend about her and that's why their session and the confrontation btw Jake and his friend went down the way they did. That was never really resolved for me. I would have been happy if that came to light and Jake and he could be friends again. I also think that the investigative work was kind of shoddy. They knew it was someone close to her but didn't bother to consider the motives someone would have for terrorizing her... Also, if Natalie had just discussed the pressure she was getting and her frustration with her editor, it would have raised some red flags for Jake. I think that was a bit of a plot hole there... They should have suspected her much sooner.

While I sympathize with the plight of the agoraphobic, I found the subject as it intertwined with the hero created a boring, frustrating contrast. If the story had picked up farther along in her recovery, the heroine would have seemed stronger and more exciting to follow. Blah.

I'm a pushover for military/veteran romance. The fact that the hero was disable added extra depth to the story. Occasionally I felt like the writer forgot about his disability especially during one of the lovemaking sessions, other than that excellent book. I will look for more from this author.