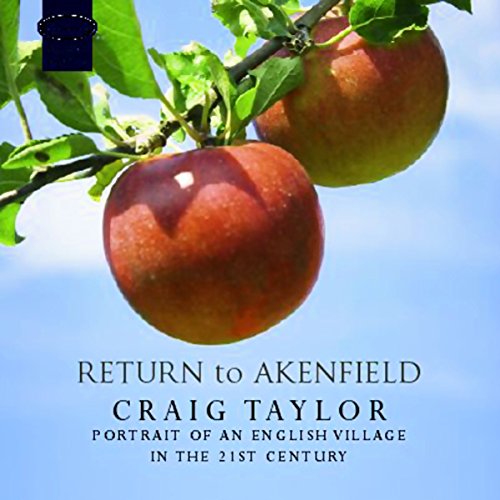 By: Craig Taylor
Narrated by: Stephen Thorne
Try for £0.00

Thirty-five years after the publication of Ronald Blythe's classic portrait of an English village, Akenfield, Craig Taylor returned to the Suffolk village on which the book was based. He sought out locals who appeared in the original book to learn how their lives had changed, met newcomers, and interviewed Ronald Blythe himself.

The result reverberates with the voices of the villagers: young farmers, retired orchardmen, and Eastern European migrant workers talk about farming in an age of globalisation; commuters, weekenders, and retirees discuss the realities behind the rural idyll; and the local priest, teacher, and pub owner describe the daily pleasures and tribulations of village life.

What listeners say about Return to Akenfield

Living in France I thought that I would discover a brand new world in rural England. In fact people have the same type of preoccupations or way of life. But it was a pleasure to hear that reader who makes us discover the different points of view of this small town inhabitants . Lively and very pleasant, a real bowl of fresh air.