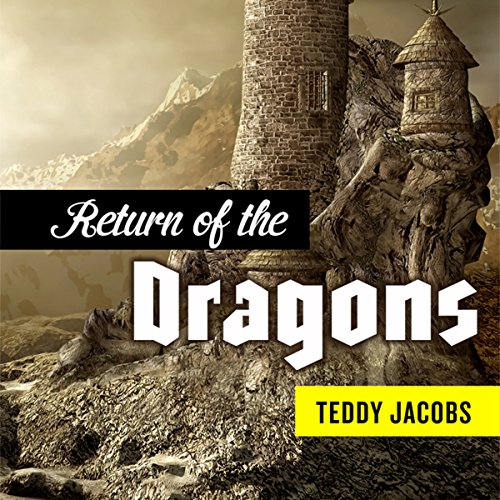 Return of the Dragons (Omnibus)

Return of the Dragons (Omnibus)

Two novels in one volume

All the epic fantasy adventures of Anders Tomason: Sword Bearer and Wind Rider, two full-length novels, are collected here in one omnibus book for a combined lower price.

You swing a staff until you're ready to swing a sword. Then you go on all kinds of adventures - fighting monsters, casting spells, and saving damsels in distress. At least that's how it's supposed to work, but I didn't believe a word of it.

Fantasy adventure for dragon fans of all ages

Two forms of power - natural and chemical - divide the world. Dragons, who keep the chemical power in check, have long retreated from human sight; few still believe in them. Inside a castle surrounded by Tuscan hills more and more threatened by chemical forces, 16-year-old Anders lives a sheltered life. But much as his parents try, Anders can't avoid the forces that threaten....

Can't wait for next installment

This series appears to be written for a younger audience however adults should enjoy it as well. I loved the main character's "thought processes" as he tries to work through the various ways in which his world is turned upside down overnight. While not quite cliff hangers, it is obvious that each ending in the first two books are setting up for a continuation of the story. I enjoyed the world building and will be looking for the next installment. The audiobook version made this an engaging tale. It is well done.

First, I love dragon stories, but this one the; writing, the narrator, the story line was pointed definitely towards pre-teens and maybe very early teens. But that I could deal with, what I can't deal with is that this is not the end. I won't be spending a credit for the (LOL) 4 hour next book to find the next episode or conclusion to such a predictable battle of good verses evil.

narrator sounds the same for all characters. pretty much monotone.
my first thought was he reminds me of Gilbert Godfrey. ok, maybe he doesn't sound exactly like that but that' was my first thought.
descriptions keep going on and on so I skip ahead. how many times will his hair stand on end? too many! only at chapter 10......it's tiresome,