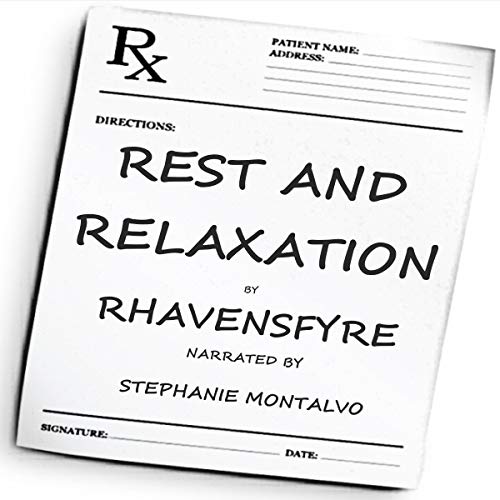 By: Rhavensfyre
Narrated by: Stephanie Montalvo
Try for £0.00

Allyse De Leon is a high-powered executive at the top of her game, until one day, her hectic life catches up with her. She grudgingly agrees to get some medically ordered rest and relaxation. Leaving behind the comfort of glass, steel, and concrete, she finds herself in the middle of nowhere, thrown together with a most unusual hostess - a woman who has her own way of doing things and has no respect for Allyse’s position.

Dani Saxon is used to being alone. Life’s lessons has taught her that it’s less complicated and a lot less painful that way. She loves her horses and her farm and making her own schedule. She doesn’t like getting up early, and she sure doesn’t worry about deadlines or dealing with people unless she wants to.

When Allyse meets Dani, she’s intrigued with the quirky cowgirl. An attraction that flip-flops between frustration and desire. The woman is emotionally hard to peg and even more difficult to deal with at times. Dani isn’t the type of woman you can easily put in a box and label no matter how hard you try. She doesn’t understand why this woman is so important to her, but she’s willing to see where it all might go. There’s one problem. She only has 30 days. After that, Allyse has to go back to New York.

Will that be enough time to determine if Dani is "the one", or will Allyse leave her behind and go on with her life?

A lesbian romance you won't soon forget and will want to listen to over and over again.

What listeners say about Rest and Relaxation

love it from the start to finish. narrator fantastic. it's a book i will listen to again and again.

Can’t wait to get to the next installment. Thanks for the wonderful characters and great story.

I was excited about reading this due to the storyline but took too long to get to anything exciting. I purchased this so hopefully at some point I will try to read it again. I am sure it is very good if you can read past the build up.

I absolutely love this book! I have listened to it twice and plan on listening again! The narration is impeccable! I'm usually more for European narrators but this one....muah!

Listen before you get it...

Loved the story, the narration? Not so much this was an interesting story, well written loved the characters. But the voice reading it was boring, and if not the story I would have stoped it and retuned it quite quickly.

Awesome on all accounts

Excellent writing and life like performance. I liked how the author was able to express the women’s thoughts and emotions.

Too long with no action. It just dragged on and on with nothing happening. I didn't like what's her name dang
can't even remember her name and just finished listening. But she acted like a child and got on my nerves.