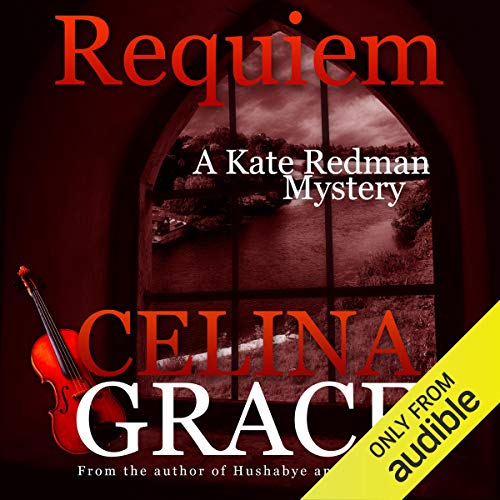 When the body of troubled teenager Elodie Duncan is pulled from the river in Abbeyford, the case is at first assumed to be a straightforward suicide. Detective Sergeant Kate Redman is shocked to discover that she'd met the victim the night before her death, introduced by Kate's younger brother Jay. As the case develops, it becomes clear that Elodie was murdered.

A talented young musician, Elodie had been keeping some strange company and was hiding her own dark secrets. As the list of suspects begin to grow, so do the questions. What is the significance of the painting Elodie modelled for? Who is the man who was seen with her on the night of her death? Is there any connection with another student's death at the exclusive musical college that Elodie attended?

As Kate and her partner, Detective Sergeant Mark Olbeck, attempt to unravel the mystery, the dark undercurrents of the case threaten those whom Kate holds most dear....

Requiem, a Kate Redman mystery, is the new novel from crime writer Celina Grace, author of Hushabye , Lost Girls, and The House on Fever Street.

What listeners say about Requiem

Good Book - Shame About the Narrator

I would recommend downloading this on kindle rather than trying to listen on Audible. As other reviewers have said the Narrator is truly awful.

I really wouldn't have listened to this if I hadn't already paid for it. The last book was ok but destroyed by the worst narration ever. Laughable really. Anyway this book no better. Not at all.

As with Volume 1, apalling narration.

Same comments as with Volume 1 - The narration of this book should surely win a prize for the most dreadful Irish accent, apart from other bad accents and mispronunciations. It would be better not to attempt accents if you can't do them well.

the book was good and the story pulled me in but the narration nearly caused me to stop! if I hadn't been driving through a no signal area- i know the west country accent is odd but I have really no idea where some of the characters thought were from - and occasionally they seemed to move to either Liverpool or London.

Awful narration spoiled it for me

Nice story, shame about the reading.

Oh dear, either hopelessly under prepared or badly directed. Like a hurdler she was good on the flat but fell heavily at the fences. What were those accents? Nowhere I've ever been and I've been all over Britain. She got in such a mess trying to do regionals that words were mispronounced , garbled and the whole meaning of quite seminal sentences lost. If I'd sent my child to a Public School and it returned talking the way those kids, who the author had clearly said were well spoken, did I'd be after a serious refund!

Fabulous storyline, a must read

I was totally enwrapped in this book, it had me gripped from the first page.
Celina Grace has such a talent for transporting us readers into her stories, I find it hard to put her books down.
This is a must read

This was a great read and listen! I got the Kindle version and the audio book. Great story that kept me guessing till the very end. The characters were believable and engaging. Couldn't put it down!

Celina Grace dies not dissappoint in the second book of the series!!! Good to have the familiar characters back, and learn more about them. The mystery of who did it caught me by surprise for sure! I will be grabbing the next book asap...and the next one...and on and on!

Long, different. Kept me some what interested. Had taken longer then usual. I took many breaks throughout the book.

Enjoyable and interesting characters in this story. I would like to read more from this author.