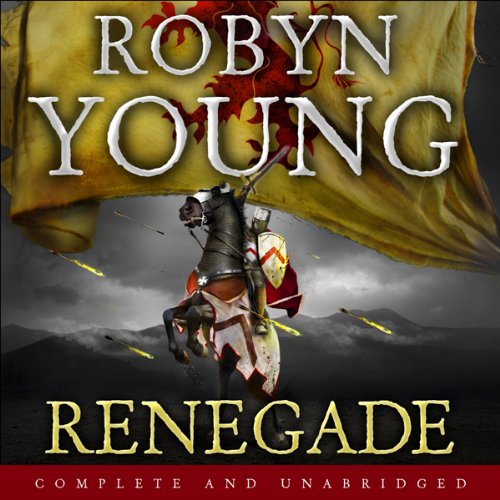 By: Robyn Young
Narrated by: Nick McArdle
Try for £0.00

Born to a line of Kings, he will now bow to a conqueror.

King Edward of England marches on Scotland like an avenging tide. One man alone can thwart his ambition to rule all of Britain. Robert Bruce's veins run with the blood of kings, and he burns to fulfill his family's claim to the throne of Scotland.

But on the run through the wilds of Ireland, hunted by a relentless assassin, Robert seems a long way from achieving his destiny. And there are other eyes on Scotland's crown, and old enemies gather against him.

This is a game of conquest, power and treachery, and Robert finds that to survive he must first abandon everything he holds dear. He was always prepared to die on the battlefield - but what else must he sacrifice to keep his hopes alive?

Young's fans will not be disappointed as she meticulously ploughs through the sweep of history and brings to life one of its most enigmatic characters' Daily Mail 'Immaculately researched and carefully written, evoking a very particular - and largely unexplored - time and place. The fights are sensational.' Daily Telegraph 'An outstanding contemporary writer' Kate Mosse on Robyn Young

What listeners say about Renegade

A great trilogy which is well researched, mixing fiction and fact to give a great story of Medieval Britain.

The narrator does the novel justice with his accents and different voices for each character. You could tell who is who without being given the names of the character speaking.

Bruce is a irritating character but the novel is good on whole for a genre story. And narrator fine.

It took me 7 chapters to get into this audio book but that was down to the narroator.it sounded like he was bored.later on he played his part and work up but at first he read in a none feeling drone.but the book I enjoyed in the end

Once again Robyn Young has produced a flawless piece of historical fiction. Since finishing book 1 of the trilogy, I've been eagerly awaiting this book release and I wasnt disappointed. Young dazzles throughout with her scrupulous research and detailed knowledge of the era by incorporating all the major players of the time into this epic masterpiece.

The high tempo pace from the outset continues throughout as the story of The Bruce takes twists and turns across medievil Britain.

The author blends fiction and non-fiction, politics and war to perfection and in doing so has created a book for the ages that I found impossible to put down.