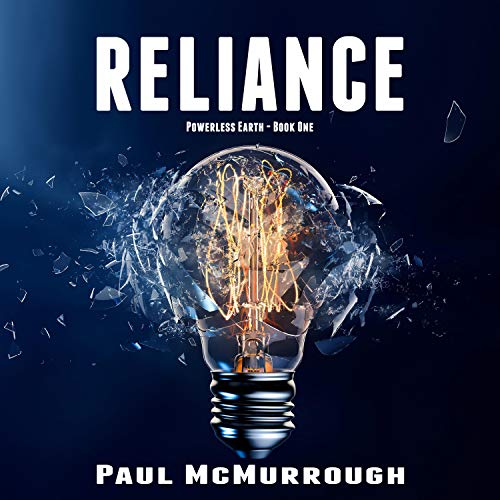 An eruption on the Sun leaves the Earth powerless, but is it a temporary inconvenience or the start of a spiral into anarchy?

Belfast professor Martin Monroe knows the answers, but once branded a conspiracy nut, he struggles to get anyone to listen to his warnings of the impending disaster. His only friend, Simon Wilson, still coming to terms with the loss of his wife, is the only person who will listen.

Fighting against bureaucracy and her own lack of confidence, government communications officer Lisa Keenan struggles to get the word out. Despite the protests of her colleagues, she enlists the help of the professor.

With a wife and newborn child to think of, prison supervisor Derek Henderson, must weigh duty against family and live with the consequences of an impossible decision.
Will the world’s total reliance on technology, and the electricity that powers it, lead to the irreversible disintegration of society on a global scale?

"Some works of fiction are simply pure entertainment, while others go that extra mile; Reliance alerts us to just how close to the tipping-point the majority of our societies dwell." (Steve Rogan, author of The Rain Saga trilogy and Tracks)

What listeners say about Reliance

Having stumbled upon this by sheer chance, I was captivated from the very first line. The narrator delivers excellence, the author spins an intricate tale with the character’s backgrounds skilfully woven within the credible plot. Once beginning to listen, it was near to impossible to stop, the narrator drawing me deeper into the story with an outstanding performance. Reliance by Paul McMurrough is an absolute gem leaving the listener to wonder what indeed would result if the story ever came to reality. Highly recommended and a well-deserved five stars.