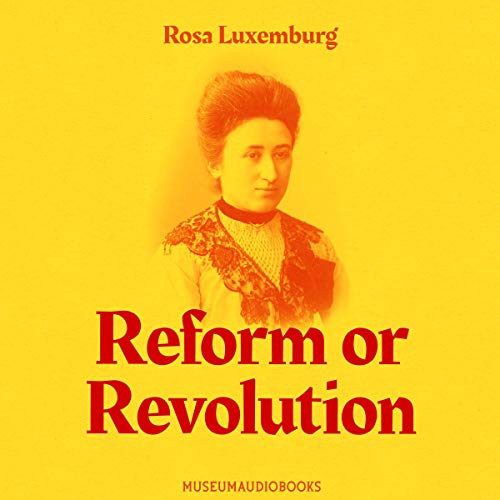 By: Rosa Luxemburg
Narrated by: Anne Makoto
Try for £0.00

Reform or Revolution, also titled Social Reform or Revolution?, is an 1899 pamphlet by Polish-German Marxist theorist Rosa Luxemburg, in which she argues that trade unions, reformist political parties, and the expansion of social democracy could not create a socialist society as Eduard Bernstein, among others, argued. She contends from a historical materialist perspective that capitalism is economically unsustainable and will eventually collapse and that a revolution is necessary to transform capitalism into socialism. The pamphlet was influential in revolutionary socialist circles and an important precursor to left communist theory.

What listeners say about Reform or Revolution

Rosa attacks with grace many of the claims still perpetuated today about the social function of trade unions and the limitations of co-op activity.

Not a terrible reading

Reform or revolution is essential reading. However, the reader makes several errors like reading "dialectical" and "dialetic" and "trasnitory" as "transistory" repeatedly.