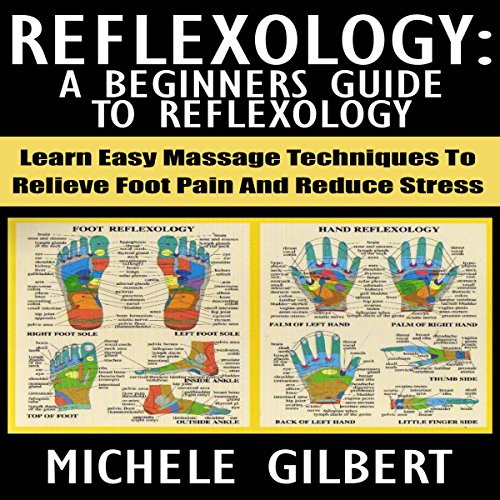 By: Michele Gilbert
Narrated by: Adam Zens
Try for £0.00

Do you want to learn more about reflexology?

Would you like to know how to self-perform reflexology and practice it on others?

The history of reflexology is fairly broad and fairly extensive. What it comes down to is the fact that there is a lot of history that is loaded with the application of physical touch to make people cope with their suffering, whether physical, mental, or spiritual.

It wasn't until the modern era that people started putting a name to the idea that you could apply pressure on areas of your body that would influence the feeling of other parts. It was often joked that a person who had a toothache should squeeze their toe to get some relief from it. During the 16th century, the idea of zone therapy began to become more and more prominent. This idea, that there are zones in the bodies and that there are ways to access them from different places in the body, became more and more popular and more and more time was dedicated to the research of it.

What listeners say about Reflexology: A Beginners Guide to Reflexology

If you could sum up Reflexology: A Beginners Guide to Reflexology in three words, what would they be?

It was informative and easy to understand. My husband and I were able to give each other hand and foot massages right after listening to this book. It is a practice we will continue.

Which character – as performed by Adam Zens – was your favorite?

This is a non-fiction book, so there are no characters. He gave an excellent performance. He articulated clearly and gave very good directions. I will listen to more books from this narrator.

Yes, the foot massage directly following the book got me so relaxed that I almost cried.

Voice is incredibly robotic. It was horrible to listen to. Would not recommend. Thank you for reading my review

glad it was cheap and short. not for professionals. horrible narrator. don't waste a credit.