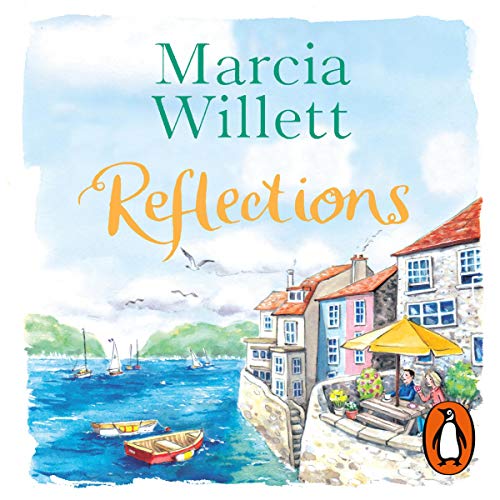 By: Marcia Willett
Narrated by: Emma Powell
Try for £0.00

After her husband dies, Cara no longer wishes to live in their London home. On impulse, she sells it and goes to stay with her brother in Salcombe, Devon, while she plans her next move. There, she begins to look back at her life and reflect on the choices that have led her to this moment.

Cosmo has also escaped - temporarily - from his life in the city, finding the south-west a relaxing and appealing fit, especially when he meets local girl Amy. But is he being entirely truthful about what he’s left behind?

Just out of uni, Sam has passed the Admiralty Interview Board and is set to follow in his naval father’s footsteps. His future is secure - but he feels cast adrift. With doubts and loosening family connections worrying him, an impartial new friend could be just the thing he needs. Forging a bond across the generations, can he and Cara help each other find the way to a new, happy chapter?

Reflections ebb and flow as the estuary meets the sea...and Cara, Cosmo and Sam learn that for everything lost, there is something to be gained.

What listeners say about Reflections

lovely story really got the feel of the place familiar with the location took me to it was lovely story wish their were more tales to unfold ! few more chapter's or another book ended rather quickly very good Narator really enjoyed !