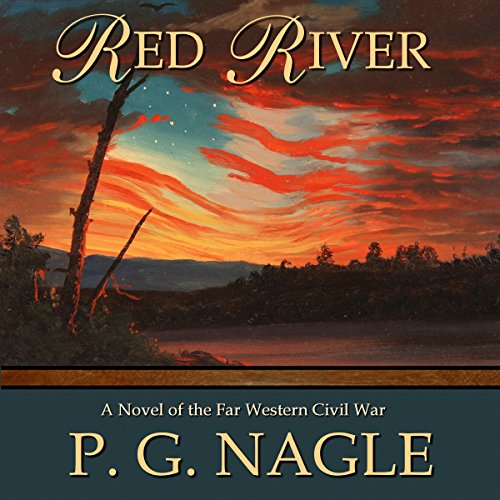 Life, Death, and the River

By 1863 control of the Mississippi and Red Rivers has become vital to the Confederate cause. Cotton must reach their European allies so the Confederacy can buy desperately needed war materiel. On the Red River, Union forces work furiously to free navy ships from shallow waters so they can be used to harass Confederate vessels, while down rivera vigilant Confederate force readies to engage them.

Between the two armies, at the confluence of the two rivers, sits a rich prize, a vast plantation run by young, beautiful Mrs. Hawkland. At any moment Union or Confederate forces could seize her land and set fire to her home to prevent the enemy from doing so first. Confederate officer Jamie Russell comes to her plantation by chance, only to find that that she is no stranger; his dreams of their brief but passionate encounter fill his nights as war fills his days.

As the river conflict rushes inexorably to a violent climax, their two fates are drawn into the maelstrom of the war that irrevocably will change them both.

What listeners say about Red River