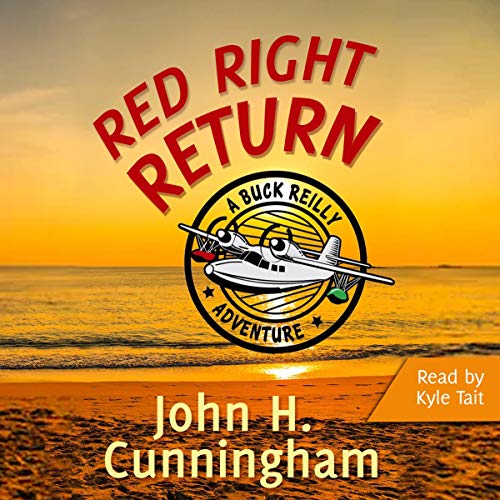 Buck Reilly wants only three things out of life: A plane to fly, a treasure to find, and a beautiful woman to rescue. He’ll get his chance at all three in the first of John H. Cunningham’s thriller series, Red Right Return. Set against the stunning scenery and freaky fabulousness of the Florida Keys, Cunningham joins the ranks of Carl Hiaasen, Randy Wayne White, and Papa himself in a rich new series for thrill seekers everywhere.

But Buck Reilly’s no ordinary hero. A product of his times and ours, too, he’s laying low and trying to fly under the radar in the aftermath of economic catastrophe. Back in his bad old days on Wall Street, Buck ran e-Antiquity, plundering the world’s treasures, (and a few of his investors’ pockets) for some pretty handsome profit. He wasn’t a bad guy back then, he just didn’t know any better. But life turned ugly when the market crashed, the company cratered, and the FBI investigated the bankruptcy. When his marriage ended and his parents were killed in a car crash, Buck found out for certain that business wasn’t just business anymore.

These days, Buck’s a lot like the rest of us - trying to make ends meet and hoping for better times. He operates Last Resort Charter and Salvage, flying a 1946 amphibious Grumman Widgeon, hunting for sunken treasure and taking on an occasional passenger, no questions asked. But when he faces down the dark forces of Santero priests, the underbelly of the Havana underworld and a pissed-off FBI agent, Buck has nothing but ingenuity, guts and his ancient flying boat to save his skin, and the lives he put in peril.

Buck Reilly went from successful business owner, to laying low, looking for his next paycheck. This book has so much going on and so many players, that you just never know what is going to happen next. I can’t wait for the next one.