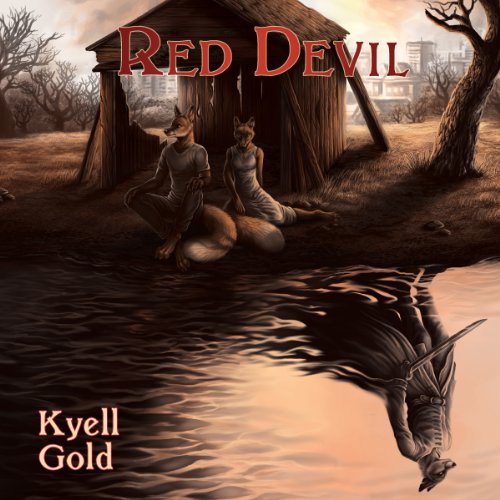 When Alexei seeks the help of a ghost to deal with a swaggering bully, he gets the strength and confidence he hopes for. If in the process, he hurt his best friend Sol, well, he can make it up to the wolf later. Things get worse when the ghost, an old Siberian soldier, demands that Alexei give up his gay life, which Alexei fled his home country for. The young fox is resolved to send the ghost away--until his sister, left behind with their abusive parents, falls into mortal danger from which only the ghost can save her. Now Alexei must choose between living the life he risked everything to have and rescuing his beloved Caterina from death...or worse.

Red Devil follows the characters from the acclaimed book Green Fairy in a brand-new adventure.

What listeners say about Red Devil

If you could sum up Red Devil in three words, what would they be?

What other book might you compare Red Devil to, and why?

Best comparison would be Green Fairy, as this book is the sequel to it, it follows the same characters but from the point of view of Alexei, previously a side character, and the in depth parts about his home country are really fascinating.

I love the accents he gives to characters, they all sound perfect and fit them so well, I'm glad he narrated this sequel.

Yes, I had to remind myself to sleep on multiple occasions, but I just felt so strongly for the characters I had to keep listening for another chapter or two!

Red Devil is an excellent sequel, it is highly recommended that you listen to/read Green Fairy first however, as otherwise you may find yourself confused at certain points, but I am also greatly looking forward to the sequel Black Angel which will be releasing next year!

This audiobook exceeded my expectations, even surpassing the prior one for Green Fairy.

The narrator's performance was wonderful, and really brought to life each individual character's voice and mannerisms.

Deeper, darker and arguably better than the first

This sequel took the magic and mystery of the first installment and brought a depth and darkness that was surprisingly good! Be prepared for a story of melancholy beauty like that of a Siberian winter night. This is a must read for anyone who enjoyed Green Fairy!

I love how this book starts off and ends.

This book at first gave me the chills. But overall, the ending was very good.

I did encounter several playback/ editing errors that made the story hard to follow at times, but it still was good overall.

Very disappointed in this book given that Kyell Gold has written other books that are great.

As a fan of other Kyell Gold's books, I found this one to be very disappointing in comparison. It is very hard to get into. I found Green Fairy to be alright, not his best but still enjoyed listening. This sequel (and I use that term somewhat loosely) was dry and seemed to drag on needlessly in several points.