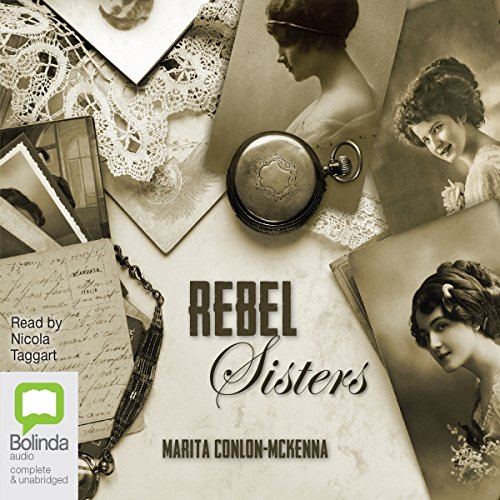 Published for the 100th anniversary of the Easter Rising, Rebel Sisters is the number one Irish best seller from award-winning novelist Marita Conlon-McKenna, who writes with all the emotional depth and warmth of Maeve Binchy.

With the threat of the First World War looming, tension simmers under the surface of Ireland. Growing up in the privileged confines of Dublin's leafy Rathmines, the bright, beautiful Gifford sisters, Grace, Muriel, and Nellie, kick against the conventions of their wealthy Anglo-Irish background and their mother Isabella's expectations.

Soon, as war erupts across Europe, the spirited sisters find themselves caught up in their country's struggle for freedom. Muriel falls deeply in love with writer Thomas MacDonagh, artist Grace meets the enigmatic Joe Plunkett - both leaders of the Rising - while Nellie joins the citizen army and bravely takes up arms, fighting alongside Countess Constance Markievicz in the rebellion.

On Easter Monday 1916, the biggest uprising in Ireland in two centuries begins. The world of the Gifford sisters and everyone they hold dear will be torn apart in a fight that is destined for tragedy.