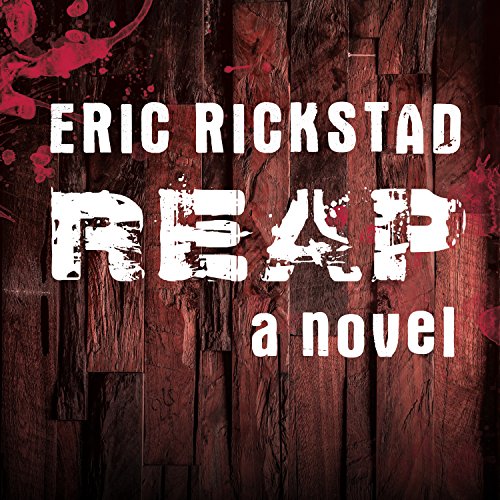 Like a cross between Denis Johnson's Already Dead and David Lynch's Blue Velvet, Reap draws us into the hot, still air of a summer backwoods at whose fringes lurk danger and epiphany.

Jessup Burke, a lonely, naïve 16-year-old, has grown up without a father in a jobless, indifferent logging town. Out of high school a year early, he now bikes through the woods with his fishing gear, daydreaming of his sweetheart and their secret "home" in an abandoned farmhouse. When Reg, an embittered, paranoid recluse fresh out of jail for growing marijuana, encounters Jessup hitchhiking, he is at first drawn to the boy's easily manipulated naïveté, but the two soon become irreversibly bound.

As Jessup unknowingly participates in Reg's perilous criminal behavior, he also endangers himself when his relationship with Marigold, Reg's married younger sister, goes beyond friendship. Jessup's rude awakening into adulthood is rendered in sure and supple prose in this dramatic, action-packed novel.

What listeners say about Reap

I typically have not written reviews for the thousands of titles in my library however, this is the worst book I’ve ever had the displeasure to try and complete. The plot is non existent and the story had no redeeming value or meaning.

I was incredibly disappointed in this book. The cover says "A Novel" and it sure is a novel. If you are looking for something similar to The Silent Girls- do not purchase this book. It is really not good. The book is about several characters who go about their daily life. There is no plot, drama, twist, or turns. I kept waiting for something, anything to happen. Nothing ever happened. I normally listen to 5-6 audio books a month- but this book was so slow it took me about three weeks to get through it. I am returning it to Audible because it was so bad. I would strong recommend listening to The Silent Girls but not Reap.

I’ve enjoyed all of Rickstad’s book so I was really shocked at how bad this story was. Just don’t buy. Not worth it.

I really enjoyed this book. I did listen to a couple times to catch the pieces that matched up toward the end of the book. I thought it was a great story!!

This book slow. Really slow until last hour and then you have to listen twice to try my to understand the ending. I was unhappy with the wasted time.