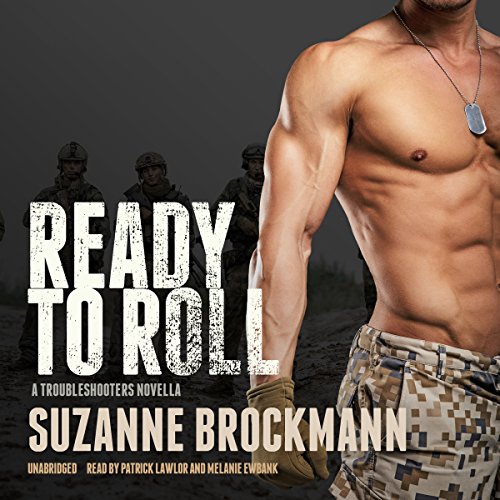 The only easy day is yesterday. BUD/S (Basic Underwater Demolition/SEAL) training is known for being the toughest, meanest, most physically punishing program in the entire US Navy, and a new crop of tadpoles have arrived in Coronado eager to prove their worth - to make it through Hell Week and become US Navy SEALs. Although Izzy prefers assignments out in the "real world", he's glad to be an instructor for the current BUD/S class, because it allows him to spend time at home with his wife, Eden, and her lively and lovable extended family.

Eden's 16-year-old brother, Ben, is dealing with a new crush and a homophobic bully in his high school, but it soon appears that things are not as they seem. Meanwhile, Eden's other brother (and Izzy's SEAL teammate and former frenemy) Danny Gillman and his wife Jenn have just had a baby who has colic and cries constantly.

As Ben deals with the type of too-serious high school drama that could involve a body count, and Danny and Jenn juggle a new baby, lack of sleep, and postpartum blues, Izzy is intrigued by Boat Squad John, a misfit team of young SEAL candidates all named John, including the intriguing young Seagull, his swim buddy Timebomb, and Seagull's nemesis Hans.

Does Seagull have what it takes to keep Boat Squad John still standing when the dust of BUD/S Hell Week settles or will they ring out?

Set in Coronado during BUD/S training Hell Week, in Ready to Roll, Brockmann introduces the SEAL officer and instructor nicknamed Grunge - Lt. Peter Greene - as she delivers what she does best: a story celebrating the US Navy SEALs - and the women (and sometimes men) who wholeheartedly love and support them.

this is great both as a continuation or s stand alone. Funny, serious, contemporary and timeless.

Another great book by SB

I absolutely adore the troubleshooters series and was really happy to see this newest one come out. It didn't disappoint either. Even better, it had Izzy involved and Izzy is my favorite character. I really enjoyed how the, drama played out and was resolved. I also enjoyed going through hell week with the new seals. I'm hoping squad John will become new regulars and that focussing on them means the series will continue. Because as long as it does, I will continue to buy each book the instant it's released.

As far as the narration, the Troubleshooters series with Patrick Lawlor narrating is what got me to switch to audiobooks. (I started with Hot Target). I like the tone of his voice and he does a great job voicing the different characters. Melanie Ewbank also does well. I really like that a male narrates the male POV sections and a female narrates the female POV. It really helps highlight the change in POV and is a benefit to listening instead of reading.

This is more than a novella. It’s late January, a few weeks after Home Fire Inferno. The story has viewpoints from several different characters.
Izzy is acting as day shift instructor to oversee Hell Week candidates.
Intro Grunge aka Lt Peter Greene; also John Seagull Livingston and Boat squad John.
There’s another storyline with Dan and Jen and their new baby challenges.
And another storyline with Ben, Ben’s crush Ryan, and Ryan’s crush Wade, who has a beyond horrible home life and they try to help his sister-in-law escape an abusive relationship.
For more Grunge, read Some Kind of Hero.
Lawlor does a good job of narration.
Ewbank is ok.

I've loved the Troubleshooters since The Unsung Hero. I have favorite and less favorite books but this one is special. Our world started with Tom Paoletti and I didn't think there could be a Team 16 without him. Our guys have grown and moved on but there's always something, and someone, new.

I started this binge with When Tony Met Adam and listened straight through to Ready to Roll with Free Fall a little disappointing and Home Fire Inferno riveting.

Ready to Roll was an Exceeds Expectations all the way. I'm going to go start over. It was a little hard figuring out who was talking with a dozen POVs but the story and the characters were beyond. So many story lines interwoven and so much growth in unexpected characters! Now that I don't have to wonder how it's going to come out I can take my time and look for nuances.

Another Troubleshooters fun one. I didn't realize I had missed one of the Troubleshooters stories so I had to catch up on the Seal Team John story. I'm glad I did. It filled in some of the missing pieces. I really enjoy this series and Patrick Lawlor and Melanie Ewbank are good narrators. Not going to go into details of the actual story but Brockmann is always a dependable storyteller.

Boatsquad John has their own book, loved to know how they got there. Also, nice to see more of Ben supported by his whole gang.

I never get tired of Suzanne Brockmann's writing. She keeps the stories fresh and entertaining. I highly recommend this series, but suggest you start with book one in the series.

Fantastic! One of my favs!

I've listened to all the books, in order, so far. This one had me on the edge of my seat! By the end I was laughing & crying simultaneously!!!

Loved all the trouble shooter's books and relisten to the series at least once a year. This story probably not... Sorry ms brockmann, only really good part of this listen was the awesome as always, narration by these two special performers!