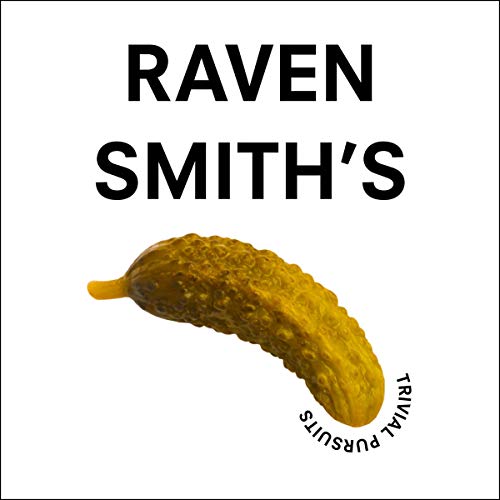 A hilarious, smart and incredibly singular debut from Raven Smith, whose exploration of the minutiae of everyday modern life and culture is totally unique and painfully relatable.

Is being tall a social currency? Am I the contents of my fridge? Does yoga matter if you’re not filthy rich? Is a bagel four slices of bread? Are three cigarettes a meal?

From IKEA meatballs to mini-breaks, join Raven Smith as he reflects on the importance we place in the least important things and our frivolous attempts to accomplish and attain. He also tackles his single-parent upbringing, his struggles as a lonely teenager and his personal experience of coming out.

Packed with brilliant humour, great tenderness and lingering pathos, Raven Smith’s Trivial Pursuits is an audiobook for anyone who has ever asked ‘when I get to the pearly gates of heaven, will a viral tweet count for or against my entry?’

This audiobook includes an exclusive interview between Raven Smith and his editor, in which they discuss the themes of the book and illuminate further some of the stories and events detailed within.

"It’s unlike anything I’ve ever read…in a good way! I’m laughing out loud, wincing in recognition and shaking my head in wonderment about some of the batshit metaphors that shouldn’t work but do!" (Elizabeth Day)

Lived laughed loved this book! A great witty, relatable analysis of today’s cultural events ... “The voice of his generation”.

Occasionally funny, but every sentence eventually turns into a long-winded zeitgeist metaphor which quickly becomes absolutely exhausting to listen to. Reads like a series of Tweets drafted at 3am and forgotten about, and probably would’ve been better off staying in that format.