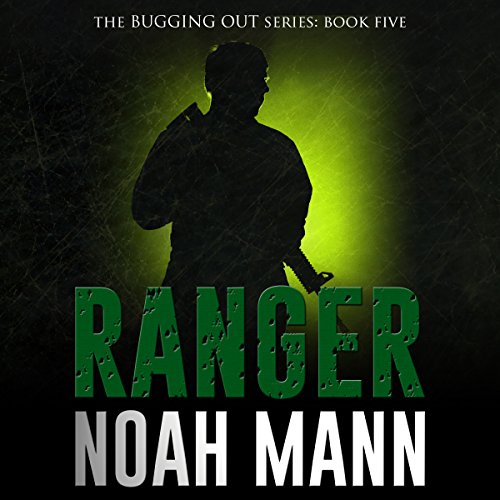 Years after the apocalyptic worldwide blight decimated humanity, the isolated survivor colony in Bandon, on the Oregon coast, is just beginning to thrive when all it has built, and all it has fought for, is suddenly threatened by the appearance of a marauding force on its borders. But this is not just any force. Claiming to be representative of a new government order, the leader of this army demands unconditional surrender - or Bandon will be annihilated.

But conventional arms carried by an enemy are not all the survivors will face. A tiny microbe, as deadly to humans as the blight was to vegetation, may have been developed. And when a crippling illness sweeps through the town, Eric Fletcher, still reeling from the unexplained departure of his closest friend, finds himself facing that very man, Neil Moore, in a test that will determine if any in the tiny hamlet will survive.

Would you try another book from Noah Mann and/or Mark Westfield?

I have listen to each book in this series, mostly on borderline fandom.

Has Ranger turned you off from other books in this genre?

For some reason the author just wants to drag on this series. The depth the author goes into attempting to write the emotional and mental state of the few main characters gets aggravating. The primary character couldnt stop professing his love for his wife, it got old. The plot in this book seemed to drag on a bit. At the end of this particular book, the plot does come to a plausible end point. If there is another book in this series I'm really not sure that i'll invest in it.

Would you listen to another book narrated by Mark Westfield?

Probably not, sort of depends on what the book is about and who its written by.

Narrator sucked. The story... Even tho it seemed to have potential.....but it didn't. Writing style was crude. Just overall terrible. Wouldn't recommend it at all

Great series, great book, excellent narration! onward to the next book! Can't wait to see what happens next!

The series started good but slowly losing its luster. Mark Westfield is a good narrator but not for this series.

What other book might you compare Ranger to and why?

I dabble in STHF books and Sci-fi. I read and listen to allot of these stories.

His tone and delivery didn't match the story.

Was Ranger worth the listening time?

Worth it to move the story along... But left me wondering did it add to the story?!?