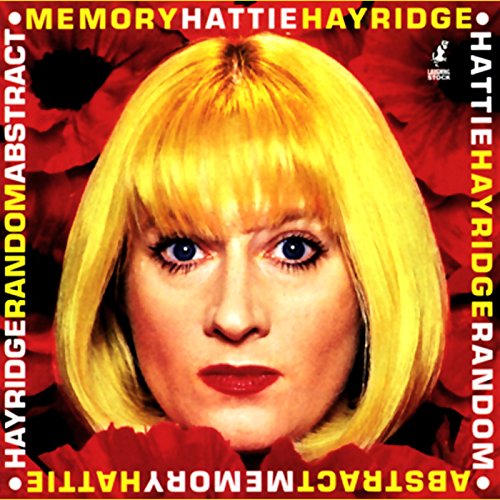 Hattie Hayridge reads from her autobiography, Random Abstract Memory. Recognised internationally as Holly the Computer in the hit BBC TV comedy series Red Dwarf, stand-up comic Hattie Hayridge is no stranger to the bizarre side of life.

Here, in her own words, she tells of her unexpected birth as an appendicitis, her spontaneous leap into the world of stand-up comedy, and her unplanned landing on the Red Dwarf spaceship.

"Anyone with a family like that is always worth a look." (Daily Mirror)

Although it's good to hear Hattie telling her story herself, this is only a shortened version of her full autobiography.

A brief account of Hattie’s early life, her start as a stand up comic and how she got into Ted Dwarf. Just a pity it is so short

Bouncy as a rabbit

An interesting look into her life with some funny points. Was unable to keep focused at times from the bouncing around but all the same still interesting to listen to and see how she got the part of Holly (Red Dwarf).

Being an American, I've never been able to catch her in anything but the sci-fi series "Red Dwarf", but I loved her in that series and figured if her book is anything like her "Holly", it was bound to be funny. I was most definately not disappointed! "Random Abstract Memory" is a funny look at the comedy/life of Hattie Hayridge as told as only she can. She's smart, funny, sexy, and is about as close as you'll come to a female version of a "Monty Pythoner" as you'll ever find. My only dissapointment is that it's only 68 minutes long....far too short a time to spend with the uncomparible Ms Hayridge!

Hattie Hayridge is an English stand-up
comedian and actress,

Best known for the role of the female version of Holly in British TV Show Red Dwarf during the third, fourth and fifth series.
"A cult figure in a beloved sit-com"

This Biography was funny, interesting and insightful definitely recommended