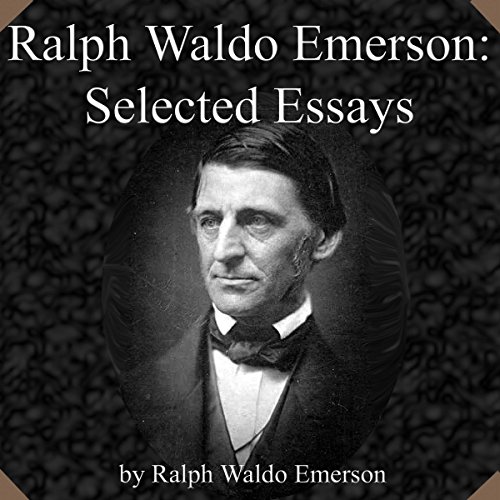 By: Ralph Waldo Emerson
Narrated by: Jim Killavey
Try for £0.00

This collection of essays presents the core of Ralph Waldo Emerson's ideas, many of which were controversial in their day but now form some of the fundamental principles of modern American thought. Best known as a transcendentalist essayist and poet, Emerson's writings are fascinating. Jim Killavey's performance can at times lack intonation, but it does capture Emerson's intellectual tone while harnessing Killavey's excellent enunciation and easy-to-follow pacing. The careful listener will find innumerable gems in this historically important audiobook.

Emerson's ideas are alive and well and very much with us today. Consider that Emerson, now an establishment figure, was a rebel in his time. He could find no relevance in established religion. But, unlike others, he set out to reform it. Many of his ideas now seem obvious and as American as apple pie. But until he spelled them out, no one had thought that Nature was God speaking to man or that wisdom and knowledge flowed from an active not just a contemplative life - or that society might be hostile to new ideas just out of cussedness rather than conviction. His ideas anticipated Thoreau and Whitman, and this collection of his thoughts puts us in touch with the person who hatched many of the ideas that today are as much a part of us as the air we breathe.

Emerson could be the great American thinker. His writings are exciting and inspiring. I can't wait to either read them or discuss them in a different context.

This is because the narrator of this sounds like a robot with accent set on New England. The flat reading is distracting and ultimately dulling. I see Mr. Killavey has done several audiobooks so maybe his reading is better on others, but it really kills the material here.

yes, but with a strict explanation

have it edited into todays verbage.

Which character – as performed by Jim Killavey – was your favorite?

so many things to specifically point one out

be warned!! the entire series of readings are in old time english and it may be difficult to understand and in my case i had to listen several times to certain sections and readings to throughly enjoy and clarify the writers meanings