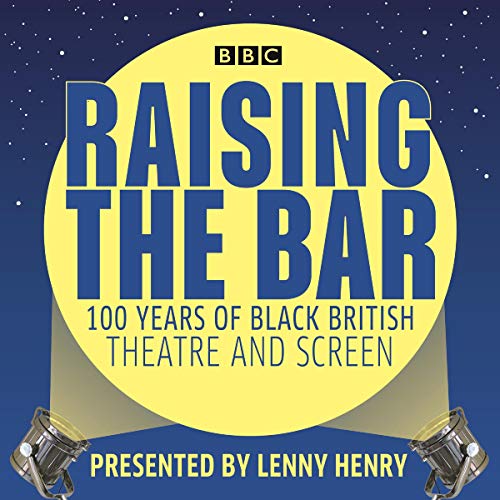 In this fascinating 10-part series, Lenny Henry traces the long and painful road that black Britons have travelled on stage and screen, from the overt racial discrimination of the 19th century, via the thinly veiled slurs that persisted through the first 70 years of the 20th, to today's more equal society.

Interviewing playwrights, actors, directors and filmmakers - including Mustapha Matura, Roy Williams, Lolita Chakrabarti, Michael Buffong, Horace Ové and Steve McQueen - he tells the story of black drama and the influential artists who have shaped it over the past hundred years.

Beginning with the breakthrough arrival of Kwame Kwei-Armah's celebrated tragedy Elmina's Kitchen to the West End, he goes on to examine the evolving depiction of Afro-Caribbeans on TV from Love Thy Neighbour to Desmond’s; explores the complex stage history of Othello; focuses on how Caribbean migration has been reflected on stage and screen; and journeys back to the 1960s and '70s to explore the spirit of protest that welled up with the advent of the Black Power movement.

In addition, he looks at the burgeoning black theatre companies of the 1970s and '80s; charts the breakthrough of a host of powerful new voices in the '90s; scrutinises attitudes towards homosexuality; investigates the current blossoming of new theatrical voices with roots in Africa; and concludes with a look at future prospects and opportunities for black British talent.

What listeners say about Raising the Bar

An expose of the history of Black Entertainers

Lenny Henry dives into the fascinating history of Black entertainers in Britain and their fight to be remembered and treated with dignity and respect. It is also a history of the black community in Britain and representation in the media through the years.