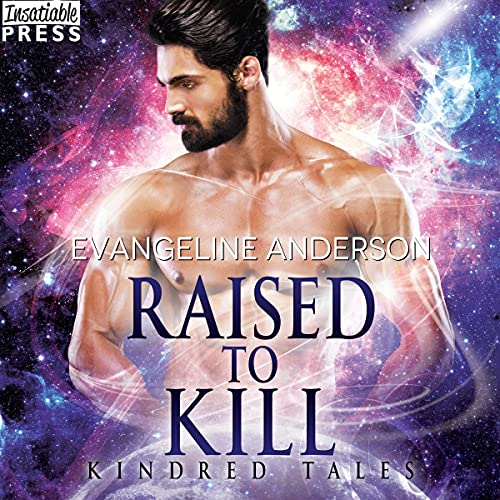 By: Evangeline Anderson
Narrated by: Mackenzie Cartwright
Try for £0.00

A bride ordered to kill her husband marries a kindred warrior who loves her.

Will she fulfill her mission to kill him?

Or lose her heart to him instead?

Listen to Raised to Kill to find out!

All her life, Allara Ke'ta'nu has been raised and trained with one purpose in mind - to kill a member of the Kindred High Council and avenge the Blood Feud which has raged between her people, the Q'ess, and the Kindred for generations. But in order to do that, she must first get close enough to kill. And what better way to get close than to marry the enemy?

Brand is a Beast Kindred who has just become a provisional member of the High Council. When the Q'ess announce they will end the Blood Feud with a marriage of one of their maidens to a Kindred warrior, he agrees to take her as a wife, since he is the only unmated member of the Council. What he doesn't expect is to fall in love....

Raised on tales of Kindred cruelty, Allara believes that Brand will be rough with her on their wedding night. When, instead, he introduces her to the Kindred concept of the Claiming Period, a slow dance of seduction begins. Can Allara hold on to her sense of purpose and do her duty as mandated by her people? Or will she lose her heart to the gentle touch of her new husband? You'll have to listen to Raised to Kill to find out....

What listeners say about Raised to Kill

Story was okay; narration was okay; would be nice to have William Martin without the whispering for male characters and Mackenzie for female characters. It was nice to have a character other than human female. I heard “little one” once and winced; luckily that is the only time. On to the next book!