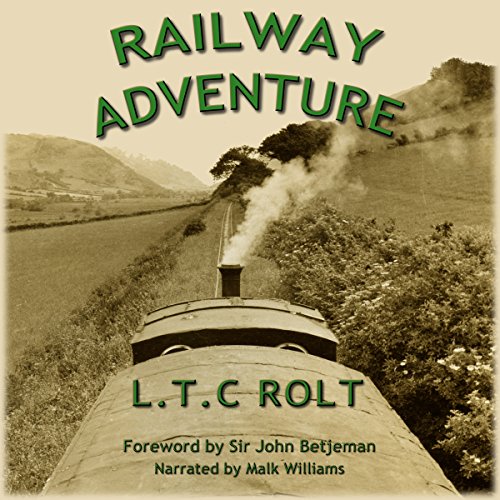 L.T.C. Rolt was one of a small group of amateur railwaymen who made their dream of running their own railway come true. His vivid and often amusing account of this unique achievement is a record of individual enterprise and creative effort as refreshing as it is rare. Established by Act of Parliament in 1865 and unaffected by mergers and nationalisation, the Talyllyn Railway has been serving a remote and beautiful valley in the Merioneth mountains ever since. In 1950, the line was threatened with closure, and it was at that moment that the amateurs came to the rescue. It is now the oldest surviving railway of its kind in the world. This book is delightful listening for both railway devotees and lovers of the Welsh countryside, which is so beautifully described here.

"This book remains essential reading, not only for those who love this corner of Wales and its railway, but all who have a genuine interest in what motivates people to try and preserve this part of our heritage" (Push and Pull)

What listeners say about Railway Adventure

Brings the area and the railway to life. Great book and great performance. Helps enormously that the narrator is comfortable with the Welsh names. Got this on a whim and, the author's occasional political rant on the benefits of small government aside, it is a truly inspirational tale of what is possible when people work together.

Great audiobook. The narrator was very good. I really enjoyed listening to this book. Fantastic!