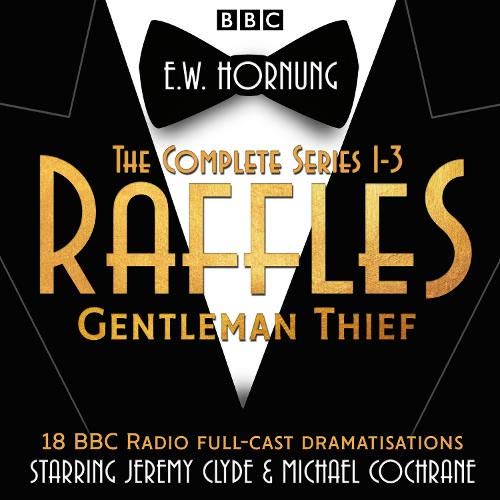 Jeremy Clyde stars as the cricket playing A. J. Raffles, with Michael Cochrane as his jeweller sidekick, Bunny. Together they embark upon a series of well-planned crimes against the highest of society.

Based on the stories by E W Hornung, the episodes in this collection are:

'The Ides of March'

'Nine Points of the Law'

'The Chest of Silver'

'The Field of Philippi'

'A Trap to Catch a Cracksman'

'The Gift of the Emperor'

'To Catch a Thief'

'The Knees of the Gods'

What listeners say about Raffles: The Complete Series 1-3

Raffles the gentleman thief and his friend Bunny Manders get into a series of tight scrapes and always come out better off. Really enjoyed this and the performance is really good.