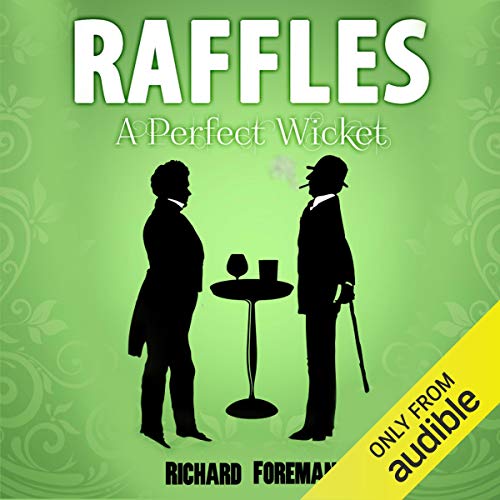 By: Richard Foreman
Narrated by: Jeremy Clyde
Try for £0.00

Raffles the Gentleman Thief returns in this magnificent third instalment of Richard Foreman's new series based upon the adventures of one of the classic characters of British fiction.

In Raffles: A Perfect Wicket, Bunny is worried for his great friend. Since the disappearance of Mary Flanagan (the events of which are contained in the story Raffles: Bowled Over) Raffles has grown despondent, sick with boredom.

Thankfully a remedy is found, in the form of an invite to a party. The host is Lord Rosebery no less. Raffles considers the opportunity to be "a perfect wicket" in terms of the the spoils to be had, and hatches a plan to rob the former Prime Minister. Yet Lord Rosebery has also invited another guest up from London, a senior policeman, who confesses to Bunny that he has been tipped off that a notorious burglar will be attempting to rob the house over the weekend of the party.

What listeners say about Raffles: A Perfect Wicket

Great stuff worth listening to, easy to listen to story line was as good as normal. no thinking just good.